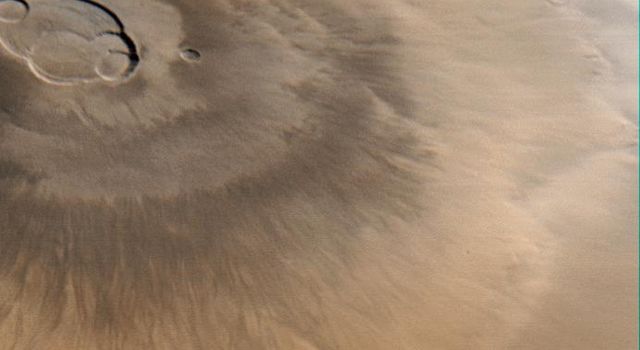 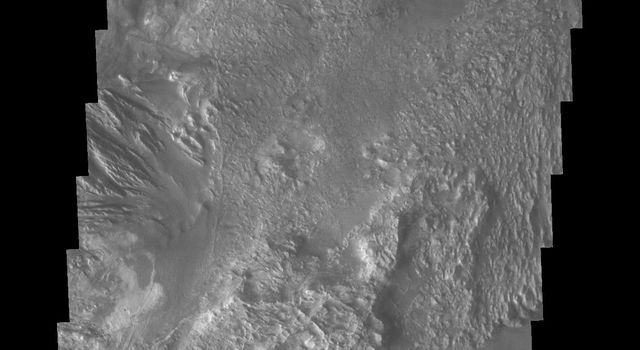 In this view, individual layers of haze can be distinguished in the upper atmosphere of Titan, Saturn's largest moon. Titan's atmosphere features a rich and complex chemistry originating from methane and nitrogen and evolving into complex molecules, eventually forming the smog that surrounds the moon.

This natural color image was taken in visible light with the Cassini spacecraft wide-angle camera on March 31, 2005, at a distance of approximately 20,556 miles (33,083 kilometers) from Titan. The view looks toward the north polar region on the moon's night side. Part of Titan's sunlit crescent is visible at right.