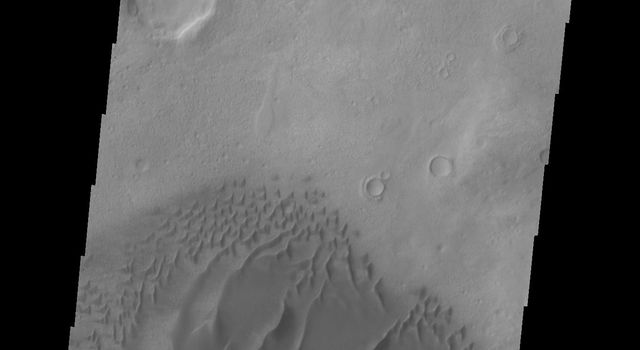 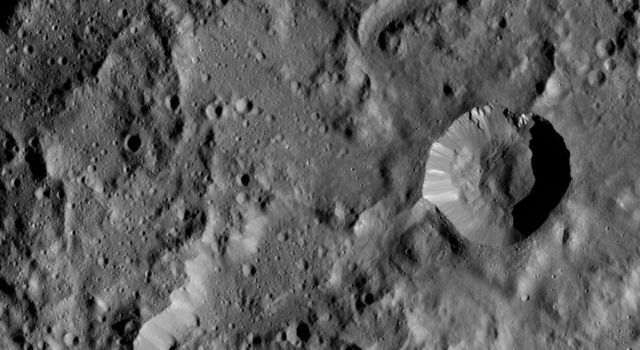 This storm is a long-lived anticyclonic oval named North North Temperate Little Red Spot 1 (NN-LRS-1); it has been tracked at least since 1993, and may be older still. An anticyclone is a weather phenomenon where winds around the storm flow in the direction opposite to that of the flow around a region of low pressure. It is the third largest anticyclonic oval on the planet, typically around 3,700 miles (6,000 kilometers) long. The color varies between red and off-white (as it is now), but this JunoCam image shows that it still has a pale reddish core within the radius of maximum wind speeds.

Citizen scientists Gerald Eichstädt and Seán Doran processed this image using data from the JunoCam imager. The image has been rotated so that the top of the image is actually the equatorial regions while the bottom of the image is of the northern polar regions of the planet.