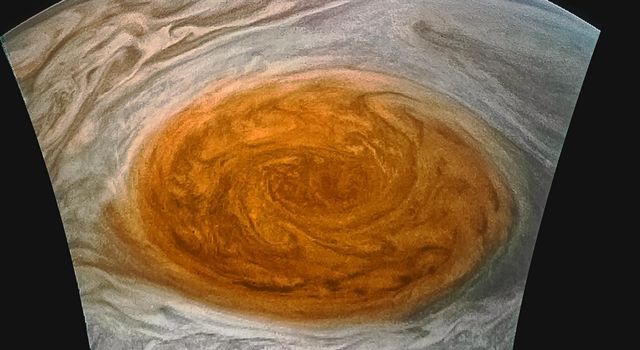 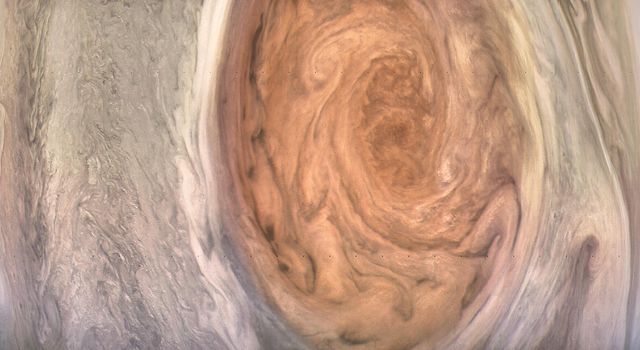 The image is approximately illumination adjusted and strongly enhanced to draw viewers' eyes to the iconic storm and the turbulence around it.