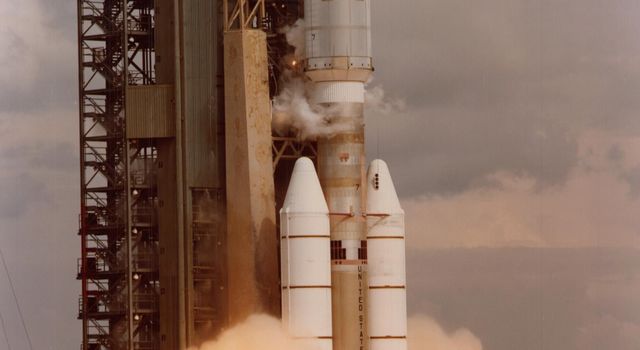 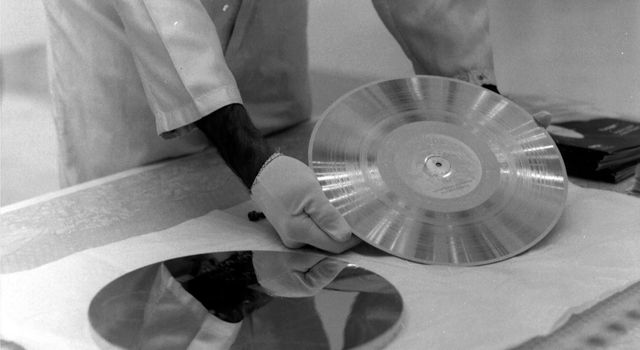 The Voyager 2 spacecraft, which was the first of the two Voyagers to launch, is seen at the Spacecraft Assembly and Encapsulation Facility-1 at NASA's Kennedy Space Center in Cape Canaveral, Florida. This archival photo is from August 1977. The spacecraft was put into this shroud on August 2, 1977, to protect it during flight through the atmosphere.

Voyager is managed for NASA by NASA's Jet Propulsion Laboratory, Pasadena, California. JPL is a division of the California Institute of Technology, Pasadena.