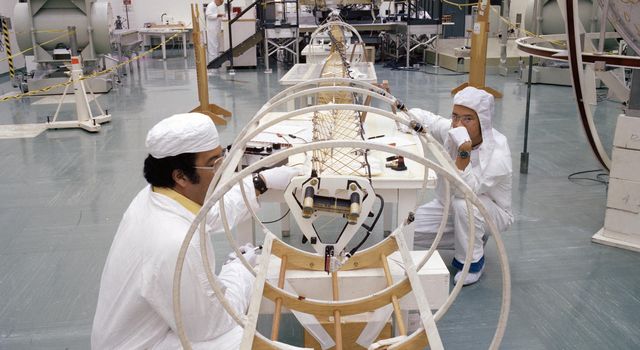 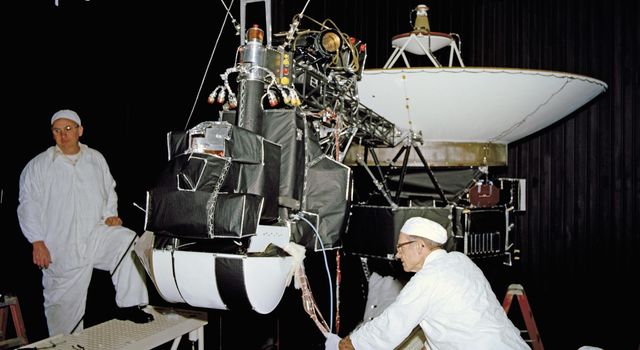 NASA's Voyager 2 spacecraft, encapsulated within its payload fairing, is seen on August 5, 1977. It launched atop the Titan/Centaur-7 launch vehicle from Cape Canaveral Air Force Station in Florida on August 20, 1977, at 10:29 a.m. local time.

Voyager is managed for NASA by NASA's Jet Propulsion Laboratory, Pasadena, California. JPL is a division of the California Institute of Technology, Pasadena.