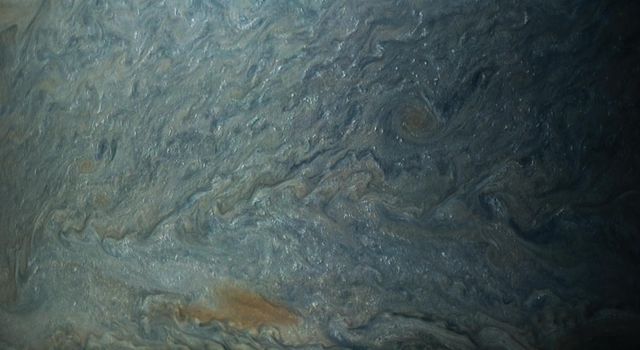 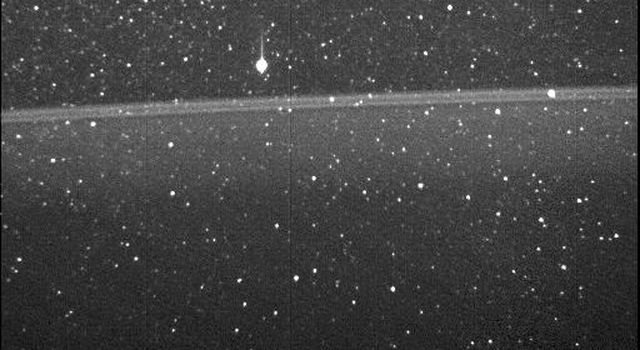 Waves of clouds at 37.8 degrees latitude dominate this three-dimensional Jovian cloudscape, courtesy of NASA's Juno spacecraft. JunoCam obtained this enhanced-color picture on May 19, 2017, at 5:50 UTC from an altitude of 5,500 miles (8,900 kilometers). Details as small as 4 miles (6 kilometers) across can be identified in this image. The small bright high clouds are about 16 miles (25 kilometers) across and in some areas appear to form "squall lines" (a narrow band of high winds and storms associated with a cold front). On Jupiter, clouds this high are almost certainly composed of water and/or ammonia ice.