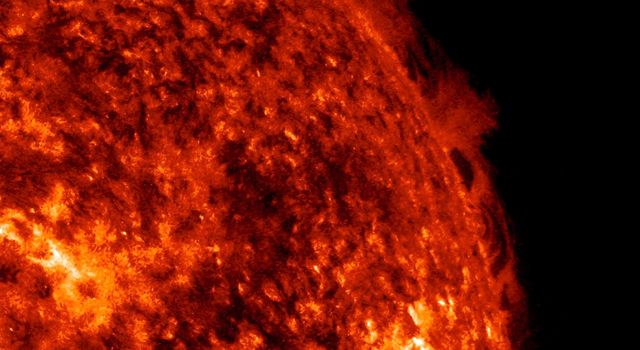 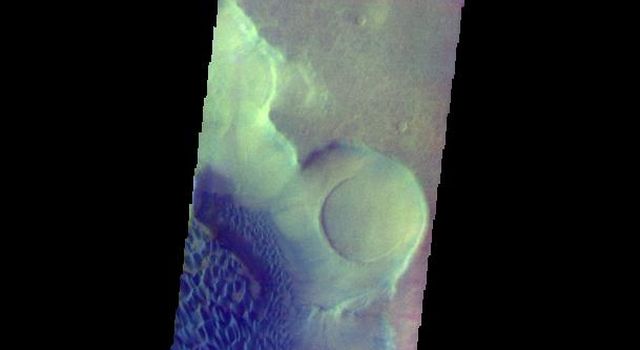 This observation from NASA's Mars Reconnaissance Orbiter show it is late summer in the Southern hemisphere, so the Sun is low in the sky and subtle topography is accentuated in orbital images.

We see many shallow pits in the bright residual cap of carbon dioxide ice (also called "Swiss cheese terrain"). There is also a deeper, circular formation that penetrates through the ice and dust. This might be an impact crater or it could be a collapse pit.