Erosion of the Edge of the South Polar Layered Deposits 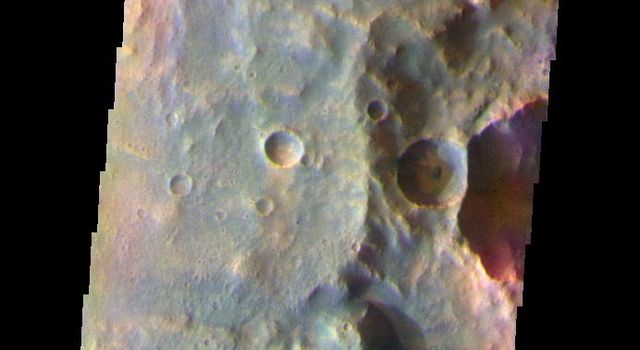 This artist's-concept illustration depicts the spacecraft of NASA's Psyche mission near the mission's target, the metal asteroid Psyche. The artwork was created in May 2017 to show the five-panel solar arrays planned for the spacecraft.

The spacecraft's structure will include power and propulsion systems to travel to, and orbit, the asteroid. These systems will combine solar power with electric propulsion to carry the scientific instruments used to study the asteroid through space.

The mission plans launch in 2022 and arrival at Psyche, between the orbits of Mars and Jupiter, in 2026. This selected asteroid is made almost entirely of nickel-iron metal. It offers evidence about violent collisions that created Earth and other terrestrial planets.