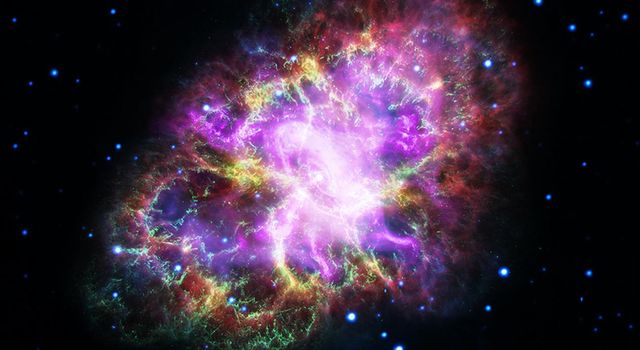 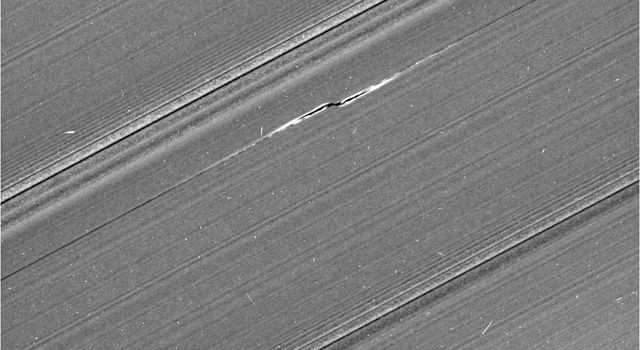 This view from NASA's Cassini spacecraft is the sharpest ever taken of belts of the features called propellers in the middle part of Saturn's A ring.

The propellers are the small, bright features that look like double dashes, visible on both sides of the wave pattern that crosses the image diagonally from top to bottom.

The original discovery of propellers in this region in Saturn's rings (see PIA07790, PIA07791, PIA07792) was made using several images taken from very close to the rings during Cassini's 2004 arrival at Saturn. Those discovery images were of low resolution and were difficult to interpret, and there were few clues as to how the small propellers seen in those images were related to the larger propellers Cassini observed later in the mission (for example PIA21437, PIA21433, and PIA21447).

This image, for the first time, shows swarms of propellers of a wide range of sizes, putting the ones Cassini observed in its Saturn arrival images in context. Scientists will use this information to derive a "particle size distribution" for propeller moons, which is an important clue to their origins.

This region was also featured in PIA21059.

The image was taken using the Cassini spacecraft's narrow-angle camera on April 19. The view was has an image scale of 0.24 mile (385 meters) per pixel, and was taken at a sun-ring-spacecraft angle, or phase angle, of 108 degrees. The view looks toward a point approximately 80,000 miles (129,000 kilometers) from Saturn's center.