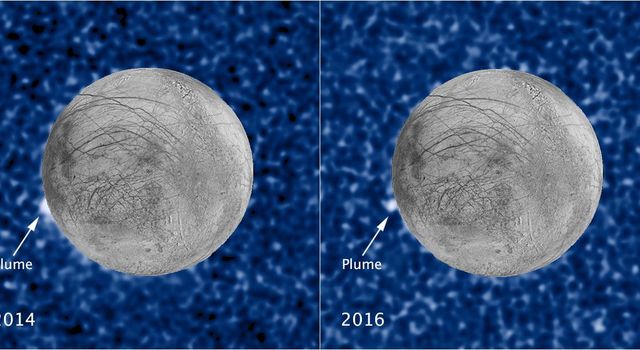 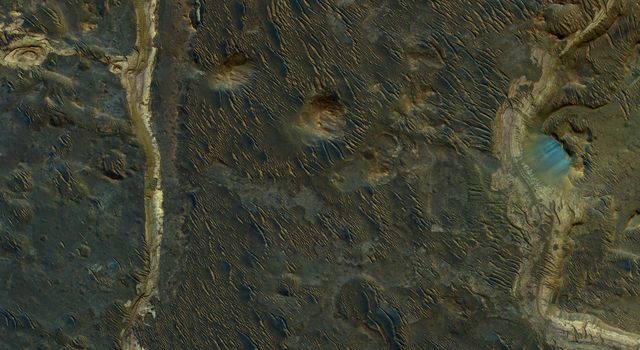 Updated June 13, 2017, to remove layer thickness labels from the graphic, which were in error.

This graphic illustrates how scientists on NASA's Cassini mission think water interacts with rock at the bottom of the ocean of Saturn's icy moon Enceladus, producing hydrogen gas (H2).

The Cassini spacecraft detected the hydrogen in the plume of gas and icy material spraying from Enceladus during its deepest and last dive through the plume on Oct. 28, 2015. Cassini also sampled the plume's composition during previous flybys, earlier in the mission. From these observations scientists have determined that nearly 98 percent of the gas in the plume is water vapor, about 1 percent is hydrogen, and the rest is a mixture of other molecules including carbon dioxide, methane and ammonia.

The graphic shows water from the ocean circulating through the seafloor, where it is heated and interacts chemically with the rock. This warm water, laden with minerals and dissolved gases (including hydrogen and possibly methane) then pours into the ocean creating chimney-like vents.

The hydrogen measurements were made using Cassini's Ion and Neutral Mass Spectrometer, or INMS, instrument, which sniffs gases to determine their composition.

The finding is an independent line of evidence that hydrothermal activity is taking place in the Enceladus ocean. Previous results from Cassini's Cosmic Dust Analyzer instrument, published in March 2015, suggested hot water is interacting with rock beneath the ocean; the new findings support that conclusion and indicate that the rock is reduced in its geochemistry. With the discovery of hydrogen gas, scientists can now conclude that there is a source of chemical free energy in Enceladus' ocean.

The Cassini mission is a cooperative project of NASA, ESA (the European Space Agency) and the Italian Space Agency. The Jet Propulsion Laboratory, a division of Caltech in Pasadena, manages the mission for NASA's Science Mission Directorate, Washington. The Cassini orbiter and its two onboard cameras were designed, developed and assembled at JPL. The Ion and Neutral Mass Spectrometer was designed and built by NASA Goddard Space Flight Center, Greenbelt, Maryland; the team is based at Southwest Research Institute (SwRI) in San Antonio.

For more information about the Cassini mission, visit http://www.nasa.gov/cassini and http://saturn.jpl.nasa.gov.