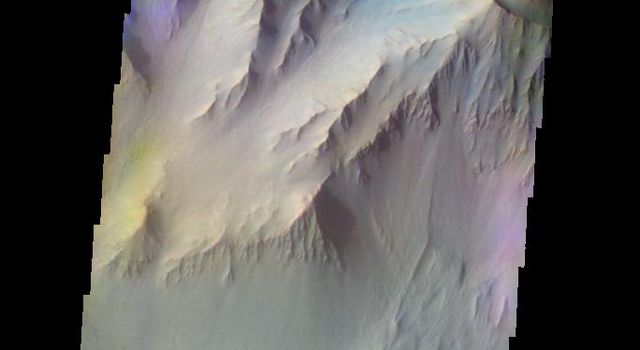 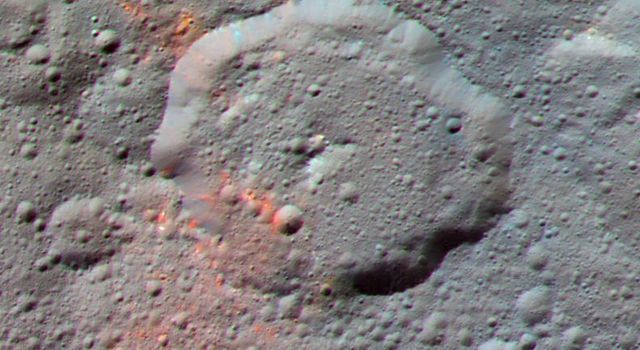 This enhanced color composite image from Dawn's visible and infrared mapping spectrometer shows the area around Ernutet Crater on Ceres. The instrument detected the evidence of organic materials in this area, as reported in a 2017 study in the journal Science. In this view, areas that appear pink with respect to the background appear to be rich in organics, and green areas are where organic material appears to be less abundant.