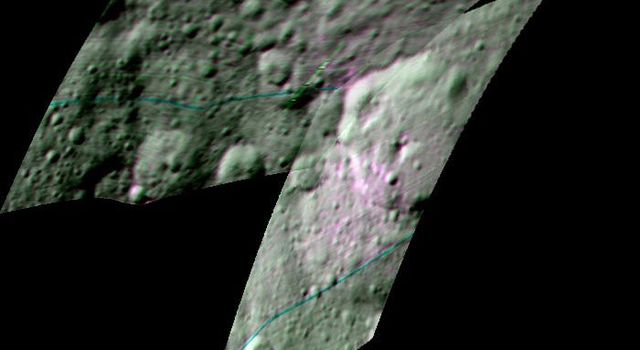 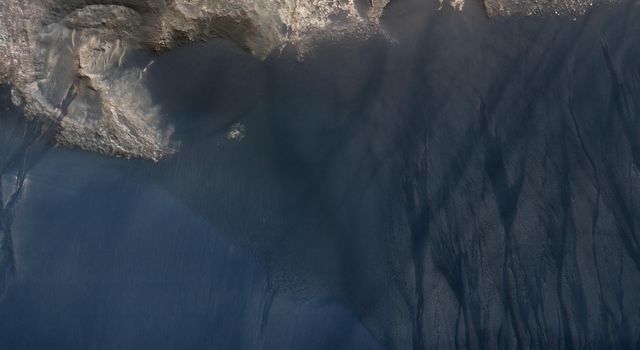 This enhanced color composite image, made with data from the framing camera aboard NASA's Dawn spacecraft, shows the area around Ernutet crater. The bright red portions appear redder with respect to the rest of Ceres. In a 2017 study in the journal Science, researchers from the Dawn science team found that these red areas around Ernutet are associated with evidence of organic material.

Ernutet Crater measures about 32 miles (52 kilometers) in diameter and is located in the northern hemisphere. It can also be seen in PIA20570.

This image was published in a 2017 study in the journal Icarus.