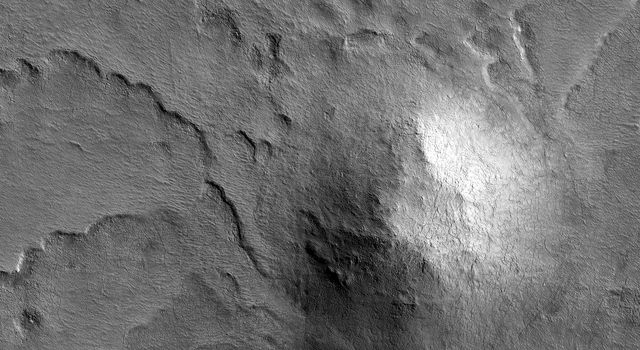 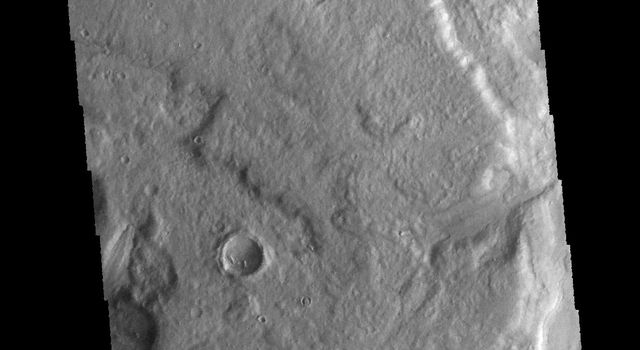 This image, taken by the JunoCam imager on NASA's Juno spacecraft, highlights a feature on Jupiter where multiple atmospheric conditions appear to collide.

This publicly selected target is called "STB Spectre." The ghostly bluish streak across the right half of the image is a long-lived storm, one of the few structures perceptible in these whitened latitudes where the south temperate belt of Jupiter would normally be. The egg-shaped spot on the lower left is where incoming small dark spots make a hairpin turn.

The image was processed by Roman Tkachenko, and the description is from John Rogers, the citizen scientist who identified the point of interest.