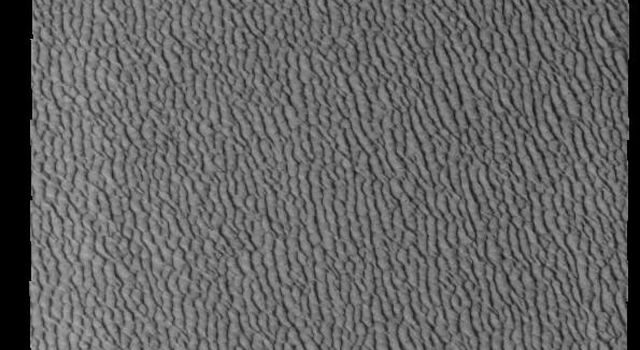 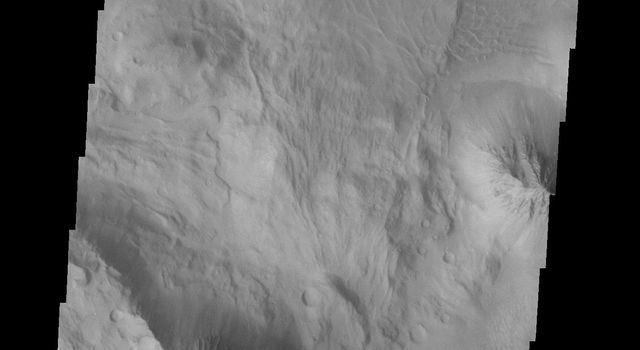 The brightly lit limb of a crescent Enceladus looks ethereal against the blackness of space. The rest of the moon, lit by light reflected from Saturn, presents a ghostly appearance.

Enceladus (313 miles or 504 kilometers across) is back-lit in this image, as is apparent by the thin crescent. However, the Sun-Enceladus-spacecraft (or phase) angle, at 141 degrees, is too low to make the moon's famous plumes easily visible.

The Cassini mission is a cooperative project of NASA, ESA (the European Space Agency) and the Italian Space Agency. The Jet Propulsion Laboratory, a division of Caltech in Pasadena, manages the mission for NASA's Science Mission Directorate, Washington. The Cassini orbiter and its two onboard cameras were designed, developed and assembled at JPL. The imaging operations center is based at the Space Science Institute in Boulder, Colorado..