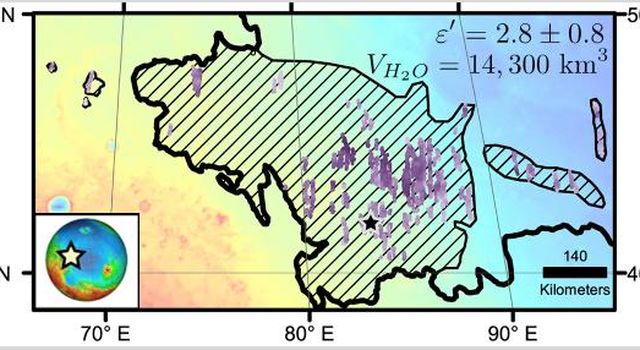 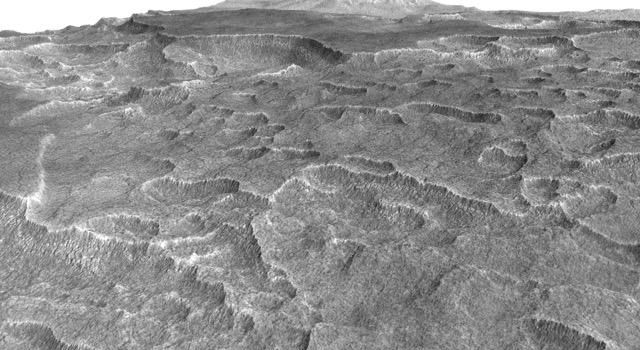 Scalloped Terrain Led to Finding of Buried Ice on Mars

The instrument on NASA's Mars Reconnaissance Orbiter emits radio waves and times their echo off of radio-reflective surfaces and interfaces on Mars. The white arrows indicate a subsurface reflector interpreted as the bottom of the ice-rich deposit. The deposit is about as large in area as the state of New Mexico and contains about as much water as Lake Superior.

SHARAD was provided by the Italian Space Agency. Its operations are led by Sapienza University of Rome, and its data are analyzed by a joint U.S.-Italian science team. The Planetary Science Institute, Tucson, Arizona, leads U.S. involvement in SHARAD. NASA's Jet Propulsion Laboratory, a division of Caltech in Pasadena, California, manages the Mars Reconnaissance Orbiter for the NASA Science Mission Directorate, Washington. Lockheed Martin Space Systems, Denver, built the orbiter and supports its operations.