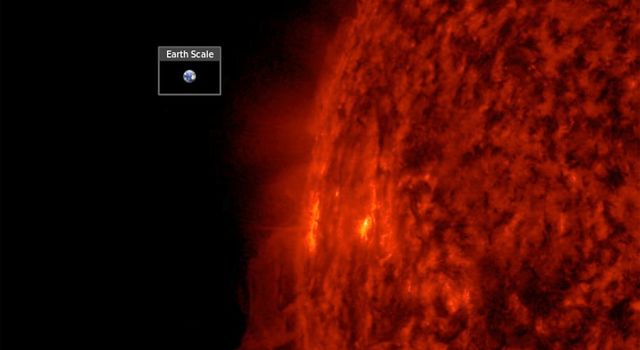 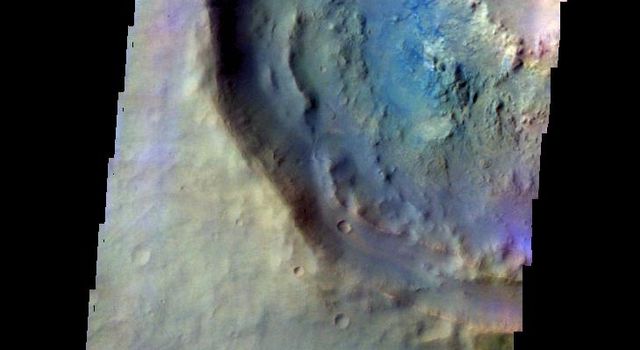 This image shows spidery channels eroded into Martian ground. It is an example from high-resolution observation of more than 20 places that were chosen in 2016 on the basis of about 10,000 volunteers' examination of lower-resolution images of larger areas near Mars' south pole.

This terrain type, called spiders or "araneiform" (from the Latin word for spiders), appears in some areas of far-southern Mars that are covered by sheets of frozen carbon dioxide ("dry ice") during the winter. When the slab ice thaws from the underneath side in the spring, carbon dioxide gas trapped beneath the ice builds pressure until it rushes toward a fissure or vent where it bursts out. The venting gas carries dust and sand that it picks up as it carves these channels.

At this location, the spiders are surrounded by ground called "basketball terrain" because of its texture.

HiRISE and CTX are two of six instruments on the Mars Reconnaissance Orbiter, which began examining Mars in 2006. The University of Arizona, Tucson, operates HiRISE, which was built by Ball Aerospace & Technologies Corp., Boulder, Colorado. NASA's Jet Propulsion Laboratory, a division of Caltech in Pasadena, California, manages the Mars Reconnaissance Orbiter Project for NASA's Science Mission Directorate, Washington. Lockheed Martin Space Systems, Denver, built the orbiter and collaborates with JPL to operate it.