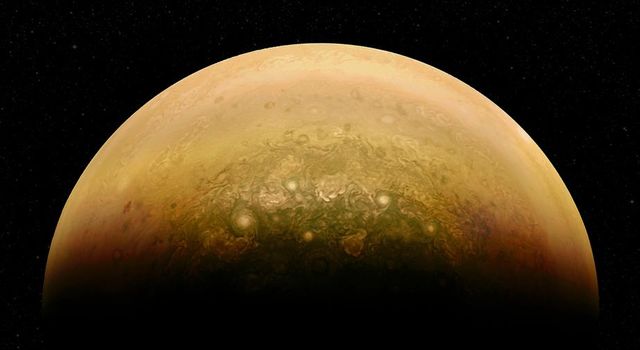 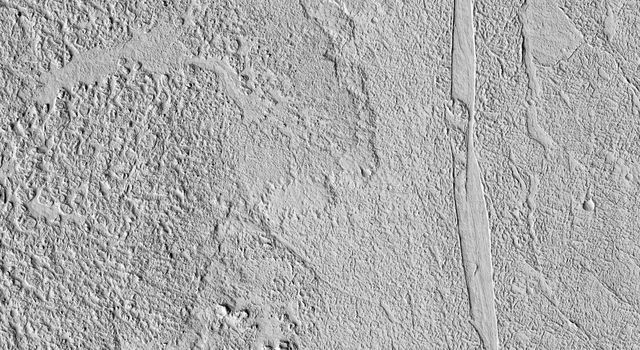 Lava That Once Flowed

This composite image depicts Jupiter's cloud formations as seen through the eyes of Juno's Microwave Radiometer (MWR) instrument as compared to the top layer, a Cassini Imaging Science Subsystem image of the planet. The MWR can see a couple of hundred miles (kilometers) into Jupiter's atmosphere with its largest antenna. The belts and bands visible on the surface are also visible in modified form in each layer below.