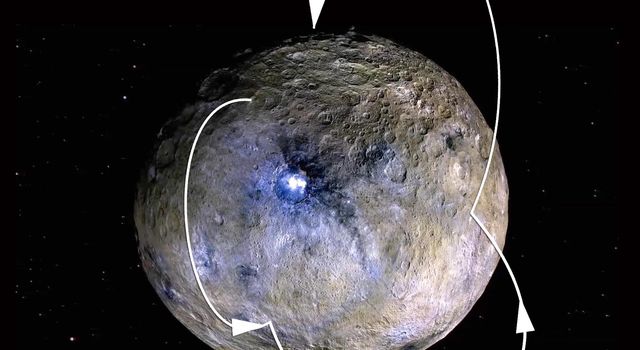 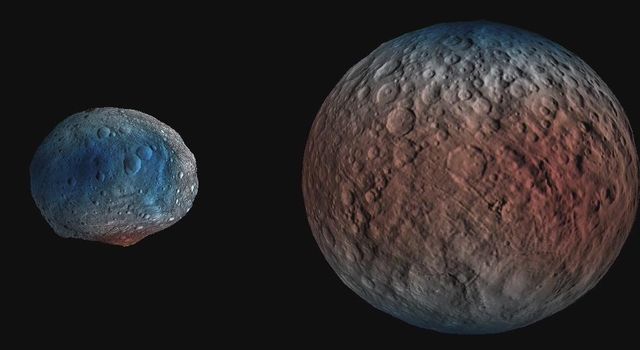 This animation of images from NASA's Dawn spacecraft shows a crater in the northern polar region of Ceres that is partly in shadow year-round. In several craters like this one, bright water ice deposits have been observed by Dawn's framing camera.

This finding suggests that water ice can be stored for significant amounts of time in cold, dark craters on Ceres. Such reservoirs are called "cold traps." At less than minus 260 degrees Fahrenheit (110 Kelvin), they are so chilly that very little of the ice turns into vapor in the course of a billion years.

These findings were published in a 2016 study in the journal Nature Astronomy.