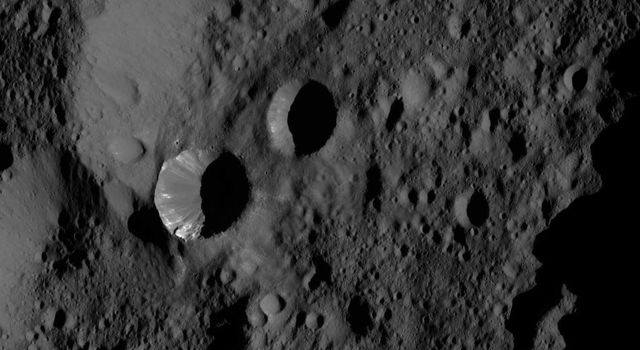 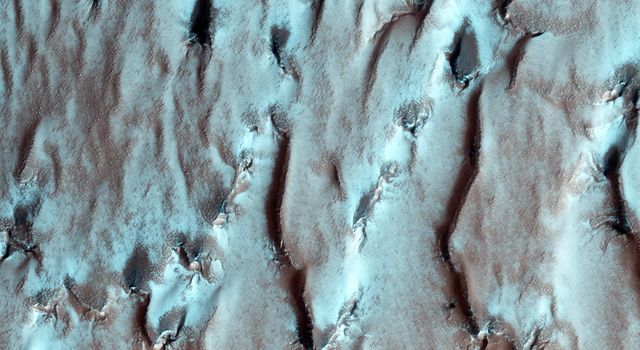 On the Edge of the South Pole Layered Deposit 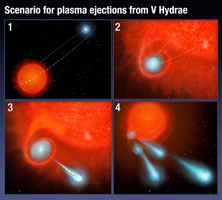 This four-panel graphic illustrates how the binary-star system V Hydrae is launching balls of plasma into space.

Panel 1 shows the two stars orbiting each other. One of the stars is nearing the end of its life and has swelled in size, becoming a red giant.

In panel 2, the smaller star's orbit carries the star into the red giant's expanded atmosphere. As the star moves through the atmosphere, it gobbles up material from the red giant that settles into a disk around the star.

The buildup of material reaches a tipping point and is eventually ejected as blobs of hot plasma along the star's spin axis, as shown in panel 3.

This ejection process is repeated every eight years, which is the time it takes for the orbiting star to make another pass through the bloated red giant's envelope, as shown in panel 4.

For more information on the Hubble Space Telescope, visit http://www.nasa.gov/hubble.