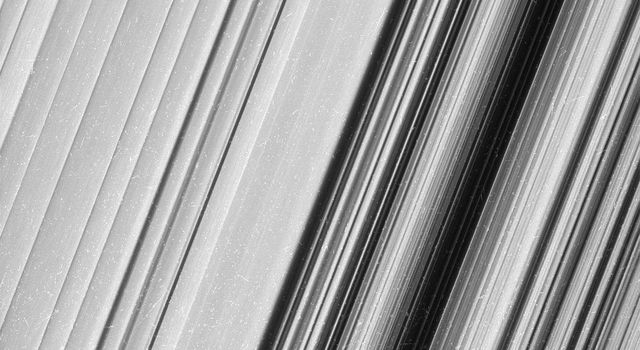 Saturn's B Ring, Finer Than Ever 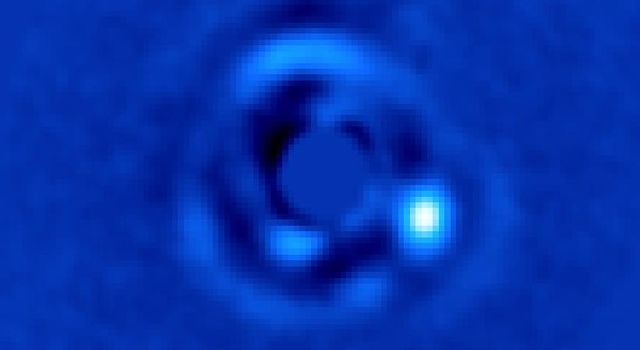 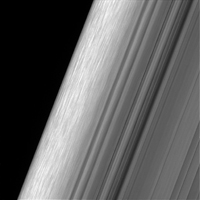 This image shows a region in Saturn's outer B ring. NASA's Cassini spacecraft viewed this area at a level of detail twice as high as it had ever been observed before.

The view here is of the outer edge of the B ring, at left, which is perturbed by the most powerful gravitational resonance in the rings: the "2:1 resonance" with the icy moon Mimas. This means that, for every single orbit of Mimas, the ring particles at this specific distance from Saturn orbit the planet twice. This results in a regular tugging force that perturbs the particles in this location.

A lot of structure is visible in the zone near the edge on the left. This is likely due to some combination of the gravity of embedded objects too small to see, or temporary clumping triggered by the action of the resonance itself. Scientists informally refer to this type of structure as "straw."

This image was taken using a fairly long exposure, causing the embedded clumps to smear into streaks as they moved in their orbits. Later Cassini orbits will bring shorter exposures of the same region, which will give researchers a better idea of what these clumps look like. But in this case, the smearing does help provide a clearer idea of how the clumps are moving.

This image is a lightly processed version, with minimal enhancement; this version preserves all original details present in the image. Another other version (Figure 1) has been processed to remove the small bright blemishes due to cosmic rays and charged particle radiation near the planet -- a more aesthetically pleasing image, but with a slight softening of the finest details.

The image was taken in visible light with the Cassini spacecraft wide-angle camera on Dec. 18, 2016. The view was obtained at a distance of approximately 32,000 miles (52,000 kilometers) from the rings and looks toward the unilluminated side of the rings. Image scale is about a quarter-mile (360 meters) per pixel.