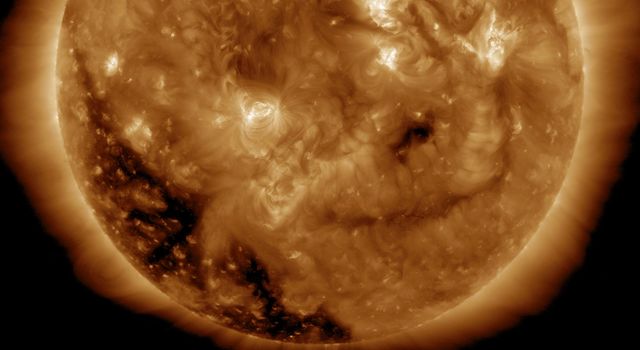 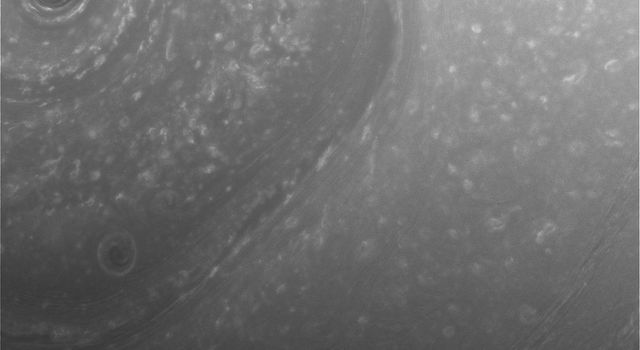 This collage of images from NASA's Cassini spacecraft shows Saturn's northern hemisphere and rings as viewed with four different spectral filters. Each filter is sensitive to different wavelengths of light and reveals clouds and hazes at different altitudes.

The images have been enlarged by a factor of two. The original versions of these images, as sent by the spacecraft, have a size of 256 pixels by 256 pixels. Cassini's images are sometimes planned to be compressed to smaller sizes due to data storage limitations on the spacecraft, or to allow a larger number of images to be taken than would otherwise be possible.

These images were obtained about two days before its first close pass by the outer edges of Saturn's main rings during its penultimate mission phase.