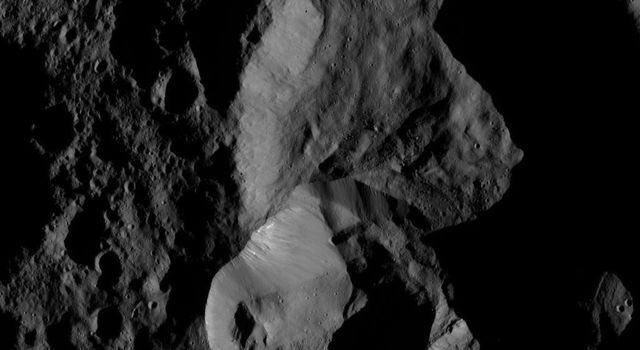 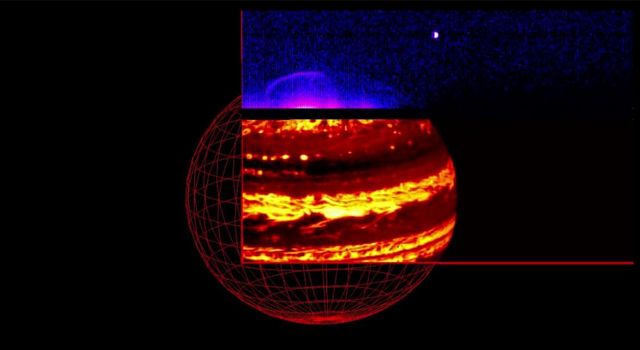 During its close flyby of Jupiter on August 27, 2016, the Waves instrument on NASA's Juno spacecraft received radio signals associated with the giant planet's very intense auroras.

This video displays these radio emissions in a format similar to a voiceprint, showing the intensity of radio waves as a function of frequency and time. The largest intensities are indicated in warmer colors.

The frequency range of these signals is from 7 to 140 kilohertz. Radio astronomers call these "kilometric emissions" because their wavelengths are about a kilometer long. The time span of this data is 13 hours, beginning shortly after Juno's closest approach to Jupiter.

Accompanying this data display is an audio rendition of the radio emissions, shifted into a lower register since the radio waves are well above the audio frequency range. In the video, a cursor moves from left to right to mark the time as the sounds are heard.

These radio emissions were among the first observed by early radio astronomers in the 1950s. However, until now, they had not been observed from closely above the auroras themselves. From its polar orbit vantage point, Juno has -- for the first time -- enabled observations of these emissions from very close range. The Juno team believes that Juno flew directly through the source regions for some of these emissions during this flyby, which was Juno's first with its sensors actively collecting data.