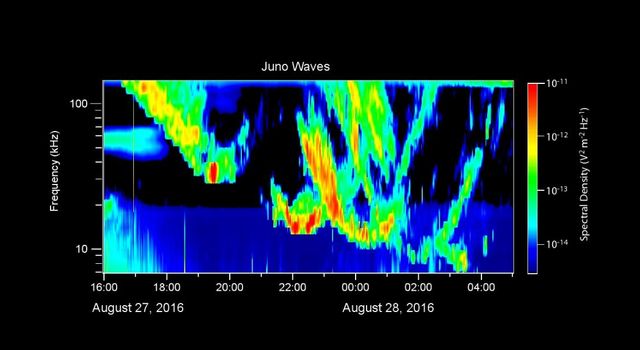 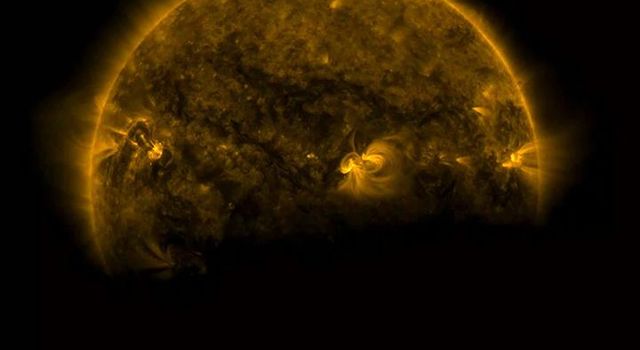 The video is composed of 580 images collected over a period of about nine hours while Jupiter completed nearly a full rotation on its axis.

In this case the exposure time of the imager was optimized to observe the planet's thermal emission. However, it is possible to see a faint aurora and Jupiter's moon Io approaching the planet. The Great Red Spot is also visible just south of the planet's equator.