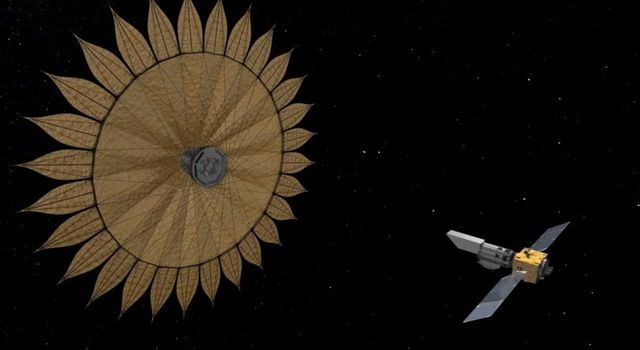 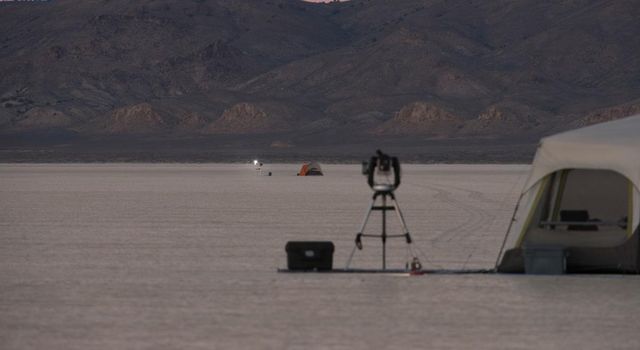 This image shows a deployed half-scale starshade with four petals at NASA's Jet Propulsion Laboratory, Pasadena, California in 2014. The full-scale of this starshade (not shown) will measure at 111 feet (34 meters). The flower-like petals of the starshade are designed to diffract bright starlight away from telescopes seeking the dim light of exoplanets. The starshade was re-designed from earlier models to allow these petals to furl, or wrap around the spacecraft, for launch into space. Each petal is covered in a high-performance plastic film that resembles gold foil.

On a starshade ready for launch, the thermal gold foil will only cover the side of the petals facing away from the telescope, with black on the other, so as not to reflect other light sources such as the Earth into its lens. The starshade is light enough for space and cannot support its own weight on Earth. Is it shown offloaded with counterweights, much like an elevator.

Starlight-blocking technologies such as the starshade are being developed to help image exoplanets, with a focus on Earth-sized, habitable worlds. To learn more about these technologies, visit http://www.jpl.nasa.gov/news/news.php?feature=6454.