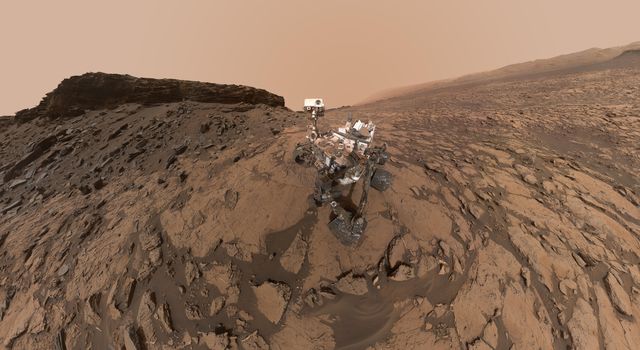 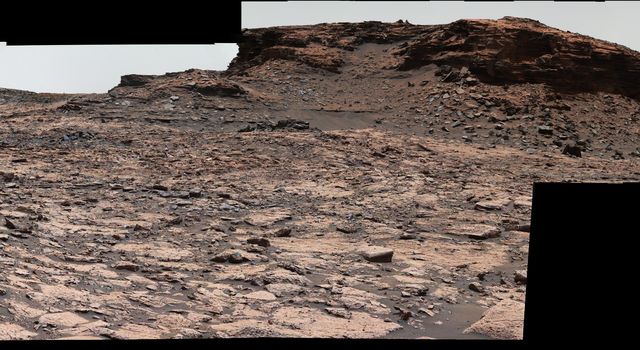 The top of the butte in this scene from the Mast Camera (Mastcam) on NASA's Curiosity Mars rover stands about 16 feet (about 5 meters) above the rover and about 82 feet (about 25 meters) east-southeast of the rover.

Mastcam's right-eye (telephoto-lens) camera took the component images of this mosaic on Sept. 1, 2016, during the 1,448th Martian day, or sol, of Curiosity's work on Mars.

The rover's location when it recorded this scene was the site it reached in its Sol 1446 drive. (See map at http://mars.nasa.gov/msl/multimedia/images/?ImageID=8009.)