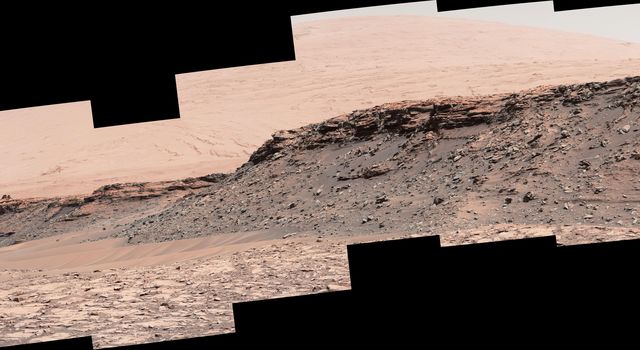 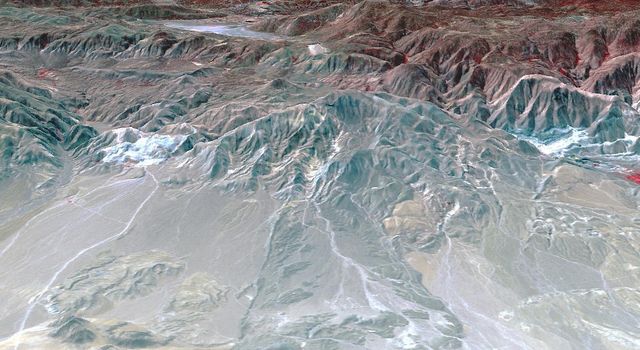 This 360-degree panorama was acquired by the Mast Camera (Mastcam) on NASA's Curiosity Mars rover while the rover was in an area called "Murray Buttes" on lower Mount Sharp, one of the most scenic landscapes yet visited by any Mars rover.

The view stitches together many individual images taken by Mastcam's left-eye camera on Sept. 4, 2016, during the 1,451st Martian day, or sol, of the mission. North is at both ends and south is in the center. The rover's location when it recorded this scene was the site it reached in its Sol 1448 drive. (See map at http://mars.nasa.gov/msl/multimedia/images/?ImageID=8015.)

The relatively flat foreground is part of a geological layer called the Murray formation, which includes lakebed mud deposits. The buttes and mesas rising above this surface are eroded remnants of ancient sandstone that originated when winds deposited sand after lower Mount Sharp had formed. They are capped by material that is relatively resistant to erosion, just as is the case with many similarly shaped buttes and mesas on Earth. The area's informal naming honors Bruce Murray (1931-2013), a Caltech planetary scientist and director of NASA's Jet Propulsion Laboratory, Pasadena, California.

Photojournal Note: Also available is the full resolution TIFF file PIA20840_full.tif. This file may be too large to view from a browser; it can be downloaded onto your desktop by right-clicking on the previous link and viewed with image viewing software.