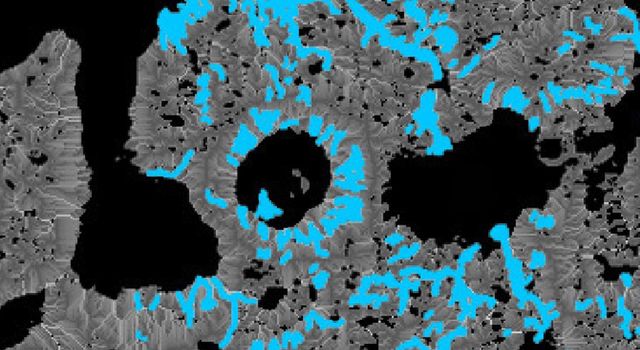 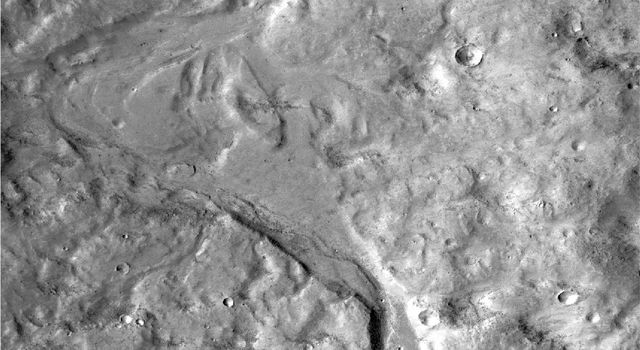 Valleys younger than better-known ancient valley networks on Mars are evident on the landscape in the northern Arabia Terra region of Mars, particularly in the area mapped here with color-coded topographical information overlaid onto a photo mosaic.

Data from the Mars Orbiter Laser Altimeter (MOLA) on NASA's Mars Global Surveyor orbiter are coded here as white and purple for lower elevations, yellow for higher elevation. The elevation information is combined with a mosaic of images from the Thermal Emission Imaging System (THEMIS) camera on NASA's Mars Odyssey orbiter, covering an area about 120 miles (about 190 kilometers) wide. The mapped area is centered near 35.91 degrees north latitude, 1 degree east longitude on Mars.

These lakes and streams -- also shown on a hydrologic modeling map at PIA20839 -- held water several hundred million years after better-known ancient lake environments on Mars, according to 2016 findings.