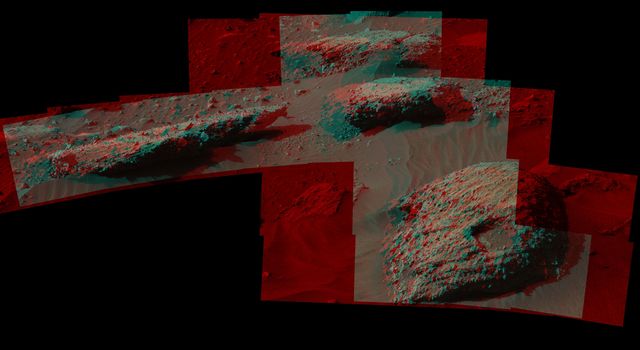 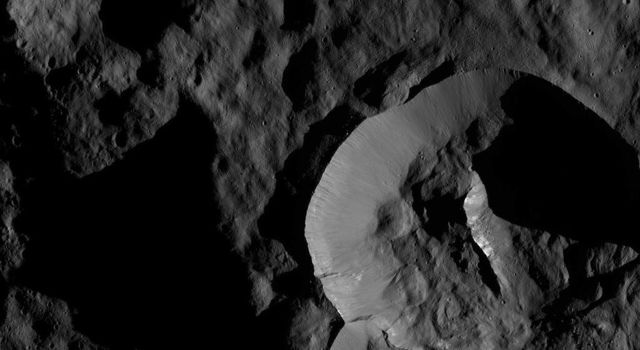 The view combines more than 130 images taken on Aug. 5, 2016, during the afternoon of the mission's 1,421st sol, or Martian day, by Mastcam's left-eye camera. This date also was the fourth anniversary of Curiosity's landing.

The relatively flat foreground is part of a geological layer called the Murray formation, which formed from lakebed mud deposits. The buttes and mesas rising above this surface are eroded remnants of ancient sandstone that originated when winds deposited sand after lower Mount Sharp had formed. Curiosity closely examined that layer -- the Stimson formation -- during the first half of 2016 while crossing a feature called "Naukluft Plateau" between two exposures of the Murray formation.

The buttes and mesas of Murray Buttes are capped by material that is relatively resistant to erosion, just as is the case with many similarly shaped buttes and mesas on Earth. The informal naming honors Bruce Murray (1931-2013), a Caltech planetary scientist and director of NASA's Jet Propulsion Laboratory, Pasadena, California.

The rover's location when its Mastcam acquired the component images of this scene was the site it reached in its Sol 1417 drive. (See map at http://mars.nasa.gov/msl/multimedia/images/?ImageID=7963.)