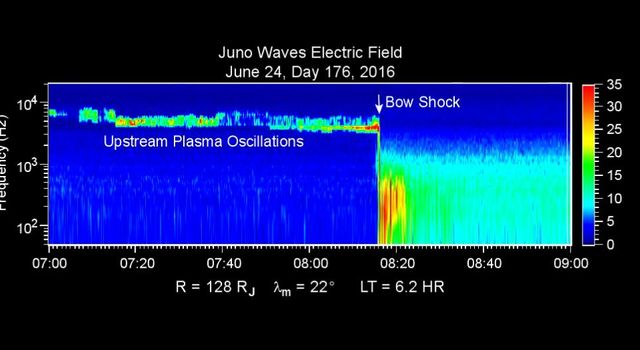 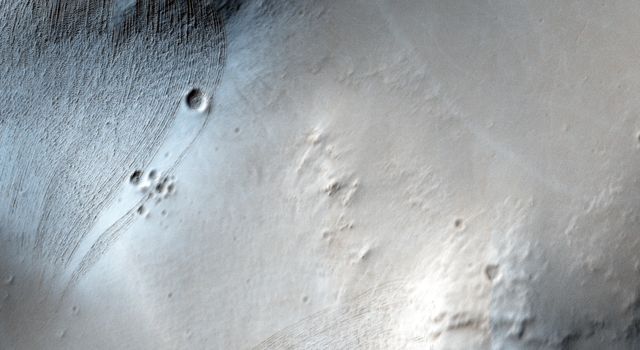 Dreaming of Graben in the Labyrinth of the Night

Two sizes of wind-sculpted ripples are evident in this view of the top surface of a Martian sand dune. Sand dunes and the smaller type of ripples also exist on Earth. The larger ripples -- roughly 10 feet (3 meters) apart -- are a type not seen on Earth nor previously recognized as a distinct type on Mars.

The Mast Camera (Mastcam) on NASA's Curiosity Mars rover took the multiple component images of this scene on Dec. 13, 2015, during the 1,192nd Martian day, or sol, of the rover's work on Mars. That month, Curiosity was conducting the first close-up investigation ever made of active sand dunes anywhere other than Earth.

The larger ripples have distinctive sinuous crest lines, compared to the smaller ripples.

The location is part of "Namib Dune" in the Bagnold Dune Field, which forms a dark band along the northwestern flank of Mount Sharp.

The component images were taken in early morning at this site, with the camera looking in the direction of the sun. This mosaic combining the images has been processed to brighten it and make the ripples more visible. The sand is very dark, both from the morning shadows and from the intrinsic darkness of the minerals that dominate its composition.