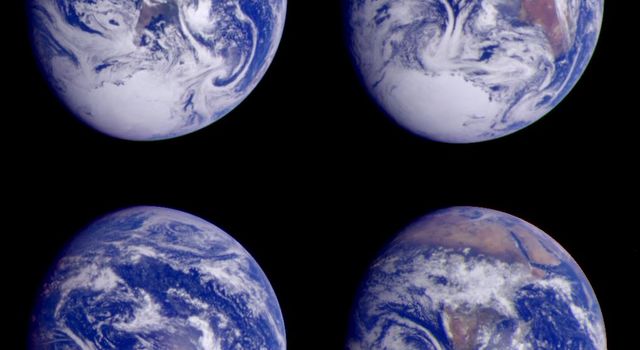 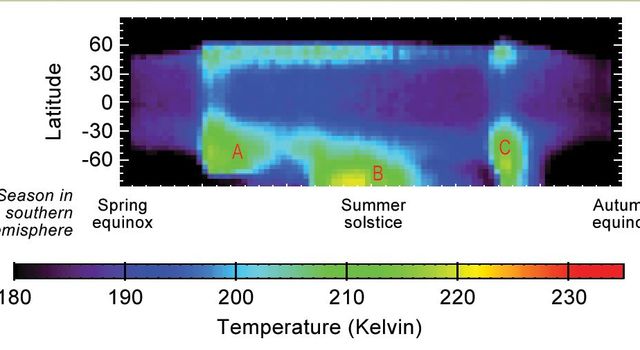 This graphic overlays Martian atmospheric temperature data as curtains over an image of Mars taken during a regional dust storm. The temperature profiles extend from the surface to about 50 miles (80 kilometers) up. Temperatures are color coded, ranging from minus 243 degrees Fahrenheit (minus 153 degrees Celsius) where coded purple to minus 9 F (minus 23 C) where coded red.

The temperature data and global image were both recorded on Oct. 18, 2014, by instruments on NASA's Mars Reconnaissance Orbiter: Mars Climate Sounder and Mars Color Imager. On that day a regional dust storm was active in the Acidalia Planitia region of northern Mars, at the upper center of this image. A storm from this area in typically travels south and grows into a large regional storm in the southern hemisphere during southern spring.

That type of southern-spring storm and two other large regional dust storms repeat as a three-storm series most Martian years. The pattern has been identified from their effects on atmospheric temperature in a layer about 16 miles (25 kilometers) above the surface.