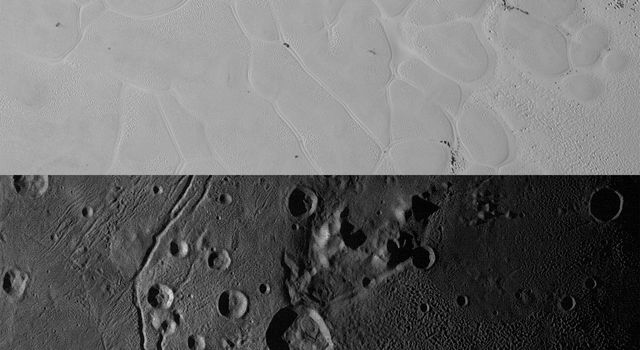 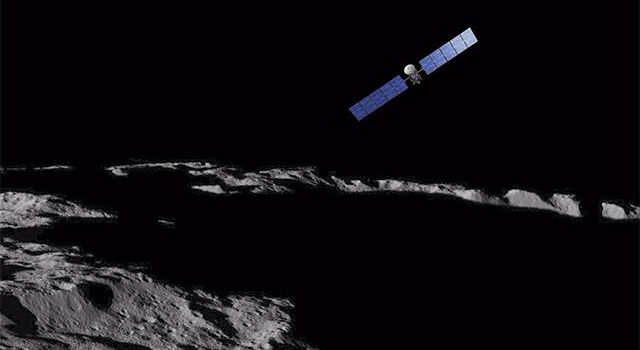 This enhanced color view of Pluto's surface diversity was created by merging Ralph/Multispectral Visible Imaging Camera (MVIC) color imagery (650 meters per pixel) with Long Range Reconnaissance Imager panchromatic imagery (230 meters per pixel). At lower right, ancient, heavily cratered terrain is coated with dark, reddish tholins. At upper right, volatile ices filling the informally named Sputnik Planum have modified the surface, creating a chaos-like array of blocky mountains. Volatile ice also occupies a few nearby deep craters, and in some areas the volatile ice is pocked with arrays of small sublimation pits. At left, and across the bottom of the scene, gray-white CH4 ice deposits modify tectonic ridges, the rims of craters, and north-facing slopes. The scene in this image is 260 miles (420 kilometers) wide and 140 miles (225 kilometers) from top to bottom; north is to the upper left.