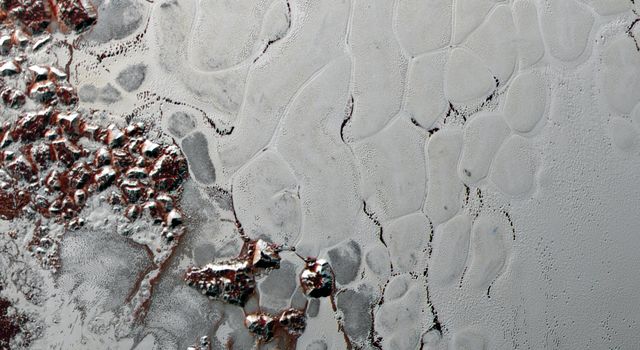 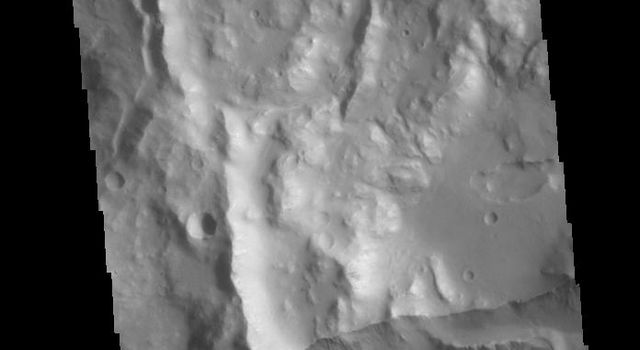 Distant Titan, its northern hemisphere drenched in the sunlight of late spring, hangs above Saturn's rings. What might at first glance look like a gap between the rings and the planet is actually Saturn's shadow. During most of Saturn's long year, the projection of the planet's shadow extends well beyond the edge of the A ring. But, with summer solstice fast approaching, the Sun is now higher in Saturn's sky and most of Saturn's A ring is completely shadow-free.

This view looks toward the sunlit side of the rings from about 3 degrees above the ring plane. The image was taken in red light with NASA's Cassini spacecraft wide-angle camera on Jan. 26, 2016.

The view was obtained at a distance of approximately 1.8 million miles (2.9 million kilometers) from Titan and at a Sun-Titan-spacecraft, or phase, angle of 84 degrees. Image scale on Titan is 109 miles (176 kilometers) per pixel.