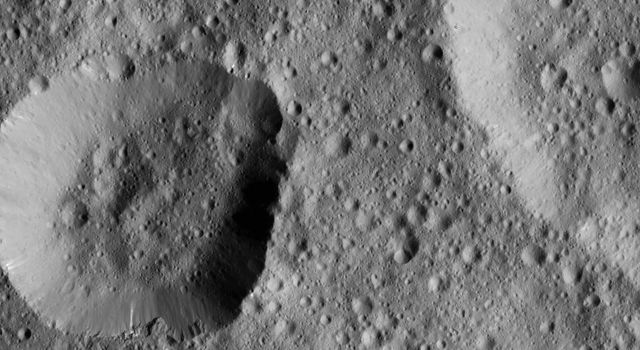 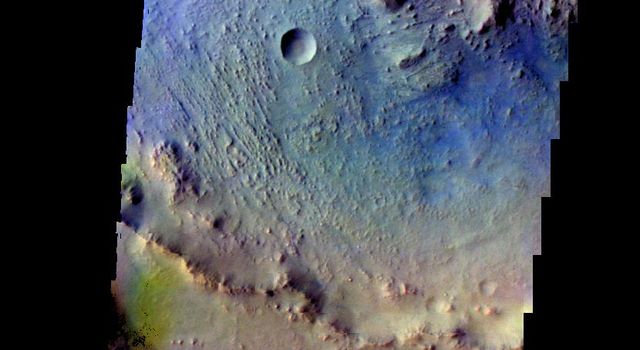 A chain of snow-capped mountains stretches across the dark expanse on Pluto informally named Cthulhu Regio.

Cthulhu's appearance is characterized by a dark surface, which scientists think is due to it being covered by a layer of dark tholins - complex molecules that form when methane is exposed to sunlight. Cthulhu's geology exhibits a wide variety of landscapes, from mountainous, to smooth, to heavily cratered and fractured.

The enhanced color image shown as the left-hand inset below reveals a mountain range located in southeast Cthulhu that measures 260 miles (420 kilometers) long. The range is situated among craters, with narrow valleys separating its peaks. The upper slopes of the highest peaks are coated with a bright material that contrasts sharply with the dark red color of the surrounding plains.

Scientists think this bright material could be predominantly methane that has condensed as an ice onto the peaks from Pluto's atmosphere. That this material coats only the upper slopes of the peaks suggests methane ice may act like water in Earth's atmosphere, condensing as frost at high altitude. Compositional data from the Ralph/Multispectral Visible Imaging Camera (MVIC) on NASA's New Horizons spacecraft, shown in the right-most inset, indicates that the location of the bright ice on the mountain peaks correlates almost exactly with the distribution of methane ice (shown in false color as purple) on the mountains.