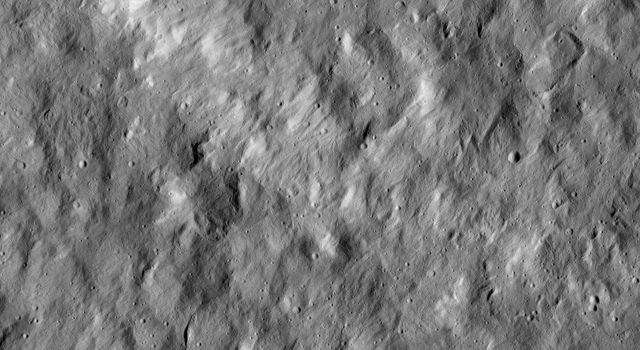 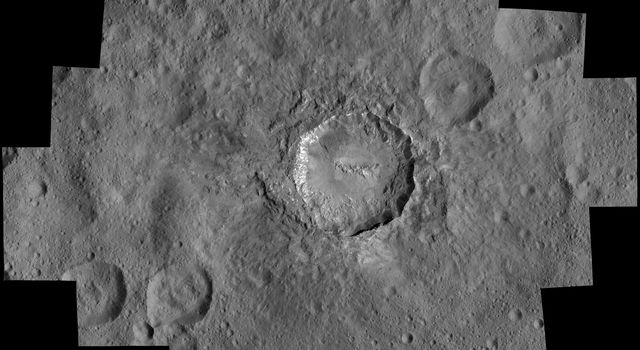 The 6-mile-wide (10-kilometer-wide) crater named Oxo Crater is the second-brightest feature on Ceres. Only Occator's central area is brighter. Oxo lies near the 0 degree meridian that defines the edge of many Ceres maps, making this small feature easy to overlook. NASA Dawn spacecraft took this image in its low-altitude mapping orbit, at a distance of 240 miles (385 kilometers) from the surface of Ceres.

Oxo is also unique because of the relatively large "slump" in its crater rim, where a mass of material has dropped below the surface. Dawn science team members are also examining the signatures of minerals on the crater floor, which appear different than elsewhere on Ceres.

The image has been rotated so that north on Ceres is up.