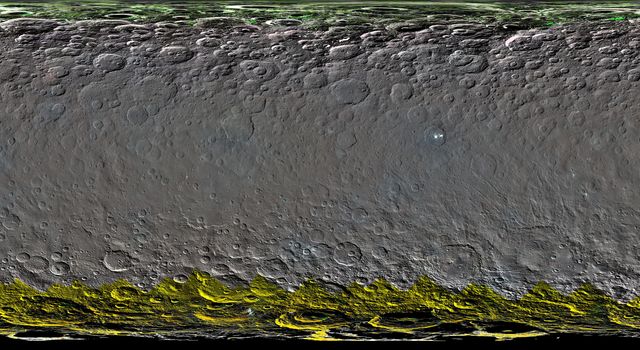 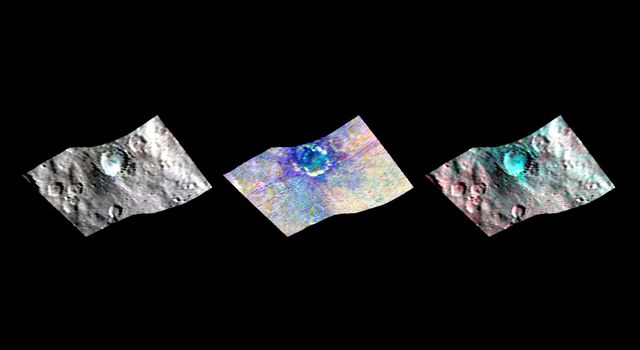 This map shows a portion of the northern hemisphere of Ceres with neutron counting data acquired by the gamma ray and neutron detector (GRaND) instrument aboard NASA's Dawn spacecraft.

Lower neutron counts near the pole suggest the presence of water ice within about a yard (meter) of the surface at high latitudes.

The GRaND data were acquired from Dawn's low-altitude mapping orbit (LAMO) at Ceres, a distance of 240 miles (385 kilometers) from the dwarf planet. The longitude is centered on Occator Crater.