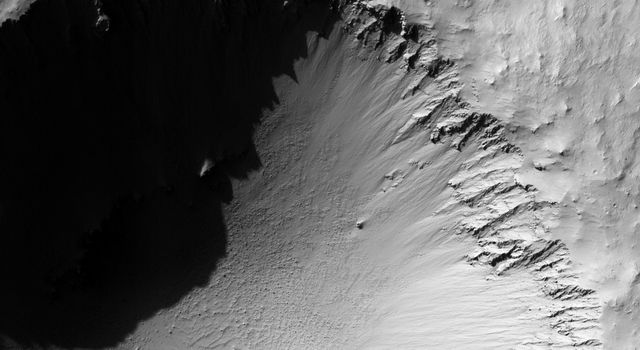 A Young, Fresh Crater in Hellespontus 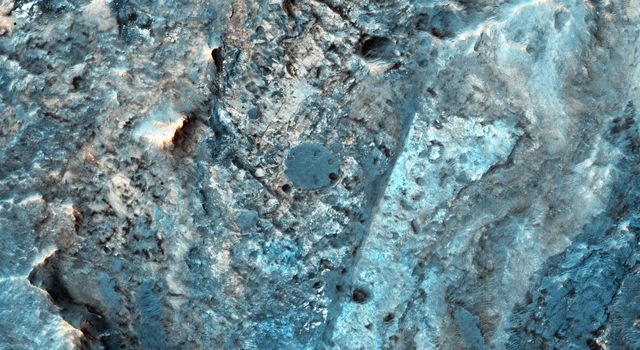 Schaeberle Crater is a large, heavily-infilled crater with many interesting features. This image shows a window into the crater fill deposit, showcasing eroding bedrock and aeolian landforms.

This pit is located near the geometric center of our image, making it a central pit crater. Central pit craters are thought to form from impact melt draining through subsurface cracks in the deepest part of the crater shortly following impact.

A closeup image shows light-toned bedrock and a small cliff that appears to be weathering away. Below the cliff there are several different types of aeolian features, including ripples and transverse aeolian ridges (TAR). The sand that forms the small, bluish ripples may be weathering out of the cliff face, in contrast to the larger, light-toned TAR which are thought to be currently inactive.

More of the TAR are visible in another closeup image. In this case, they are clearly covered by a dark, ripple-covered sand sheet. We have only imaged this location once, so it is impossible to determine whether or not the sand sheet is blowing in the wind. But due to repeated HiRISE imaging in other areas, active dunes are now known to be common across Mars and we can reasonably speculate that these dunes are moving, too.