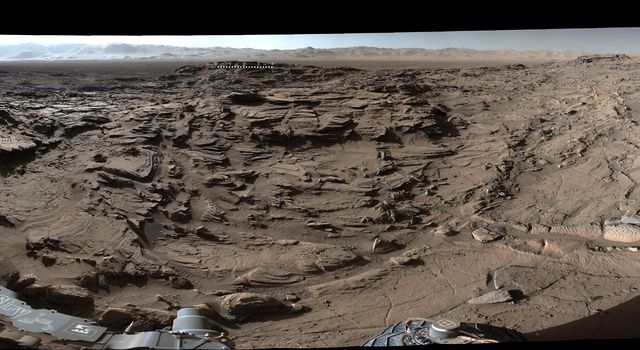 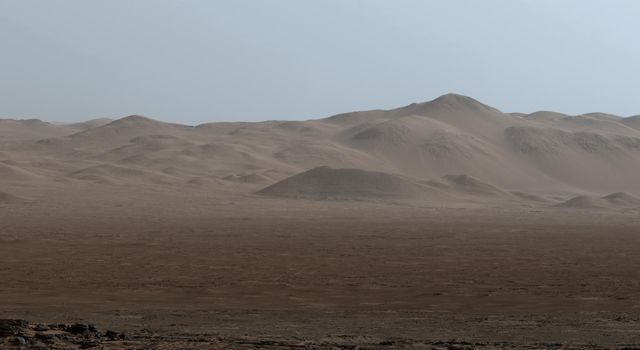 The team operating NASA's Curiosity Mars rover uses the Mars Hand Lens Imager (MAHLI) camera on the rover's arm to check the condition of the wheels at routine intervals. This image of Curiosity's left-middle and left-rear wheels is part of an inspection set taken on April 18, 2016, during the 1,315th Martian day, or sol, of the rover's work on Mars.

Holes and tears in the wheels worsened significantly during 2013 as Curiosity was crossing terrain studded with sharp rocks on its route from near its 2012 landing site to the base of Mount Sharp. Team members are keeping a close eye for when any of the zig-zag shaped treads, call grousers, begin to break. Longevity testing with identical wheels on Earth indicates that when three grousers on a given wheel have broken, that wheel has reached about 60 percent of its useful mileage. Since Curiosity's current odometry of 7.9 miles (12.7 kilometers) is about 60 percent of the amount needed for reaching all the geological layers planned in advance as the mission's science destinations, and no grousers have yet broken, the accumulating damage to wheels is not expected to prevent the rover from reaching those destinations on Mount Sharp.

As with other images from Curiosity's cameras, all of the wheel-inspection exposures are available in the raw images collections at http://mars.nasa.gov/msl/multimedia/raw/. The Sol 1315 MAHLI raw images are at http://mars.nasa.gov/msl/multimedia/raw/?s=1315&camera=MAHLI. The rover's location during this wheel check was on "Naukluft Plateau" on lower Mount Sharp.