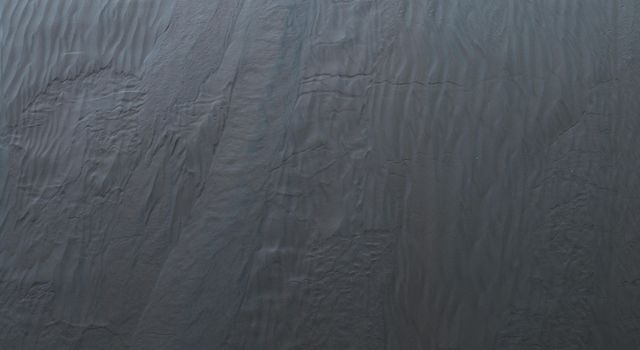 This view of the downwind face of "Namib Dune" on Mars covers 360 degrees, including a portion of Mount Sharp on the horizon. The site is part of the dark-sand "Bagnold Dunes" field along the northwestern flank of Mount Sharp. Images taken from orbit indicate that dunes in the Bagnold field move as much as about 3 feet (1 meter) per Earth year.

The component images of this scene were taken on Dec. 18, 2015, by the Mast Camera (Mastcam) on NASA's Curiosity Mars rover during the 1,197th Martian day, or sol, of the rover's work on Mars.

The bottom of the dune nearest the rover is about 23 feet (7 meters) from the camera. This downwind face of the dune rises at an inclination of about 28 degrees to a height of about 16 feet (5 meters) above the base. The center of the scene is toward the east; both ends are toward the west.

A color adjustment has been made approximating a white balance, so that rocks and sand appear approximately as they would appear under Earth's sunlit sky. A brightness adjustment accommodates including rover hardware in the scene.

The mission's examination of dunes in the Bagnold field, along the rover's route up the lower slope of Mount Sharp, is the first close look at active sand dunes anywhere other than Earth.

Photojournal Note: Also available is the full resolution TIFF file PIA20284_full.tif. This file may be too large to view from a browser; it can be downloaded onto your desktop by right-clicking on the previous link and viewed with image viewing software.