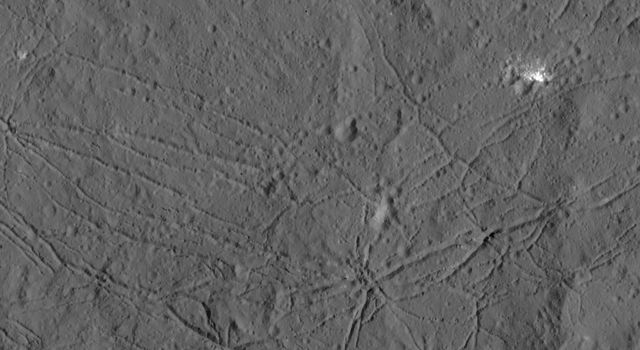 Floor of Dantu Crater from LAMO 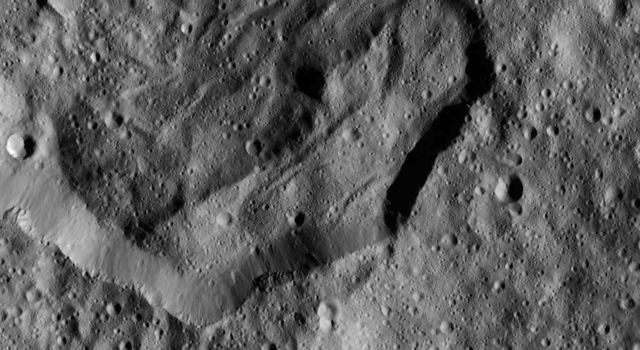 This image from NASA's Dawn spacecraft shows Kupalo Crater, one of the youngest craters on Ceres. The crater has bright material exposed on its rim and walls, which could be salts. Its flat floor likely formed from impact melt and debris.

Kupalo, which measures 16 miles (26 kilometers) across and is located at southern mid-latitudes, is named for the Slavic god of vegetation and harvest.

Kupalo was imaged earlier in Dawn's science mission at Ceres -- during Survey orbit (see PIA19624) and from the high altitude mapping orbit, or HAMO (see PIA20124).

Dawn took this image on Dec. 21 from its low-altitude mapping orbit (LAMO) at an approximate altitude of 240 miles (385 kilometers) above Ceres. The image resolution is 120 feet (35 meters) per pixel.