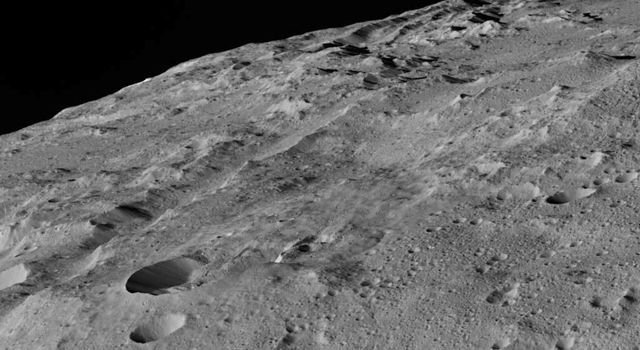 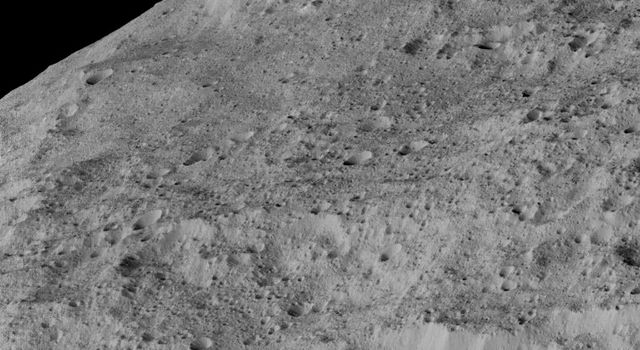 This view of Ceres, taken by NASA's Dawn spacecraft on December 10, shows an area in the southern mid-latitudes of the dwarf planet. It is located at approximately 29.4 south latitude, 213.1 east longitude.