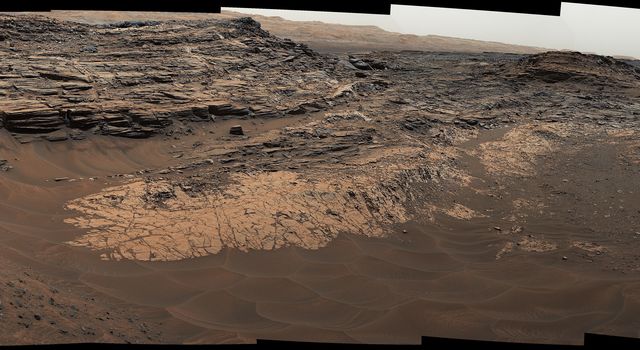 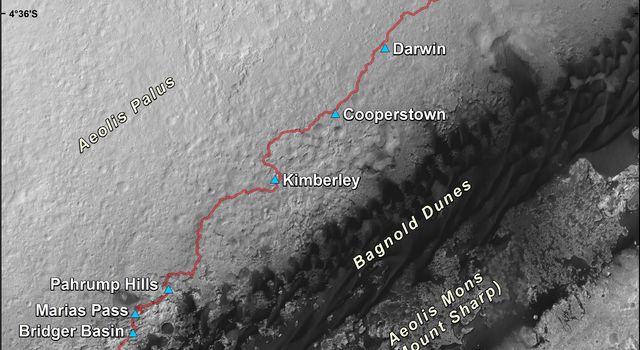 This map shows the route on lower Mount Sharp that NASA's Curiosity followed between April 19, 2015, and Nov. 5, 2015. During this period the mission investigated silica-rich rock targets including "Buckskin," in the "Maria Pass" area, and "Greenhorn," in the "Bridger Basin" area.

High-silica sites were identified both in the Murray formation -- the lowest and oldest geological unit the rover has visited on Mount Sharp -- and in the overlying Stimson geological unit, which is visible in sandstone ridges within this study area.

The map covers an area about one-half mile (three-fourths kilometer) across. North is up. The base image is from the High Resolution Science Experiment (HiRISE) camera on NASA's Mars Reconnaissance Orbiter. Numbers along the route identify the sol, or Martian day, on which it completed the drive reaching that point, as counted since its 2012 landing.

Wider-context maps are online at PIA19390 and PIA19067. Updated location maps for Curiosity are posted frequently at http://mars.nasa.gov/msl/mission/whereistherovernow/.