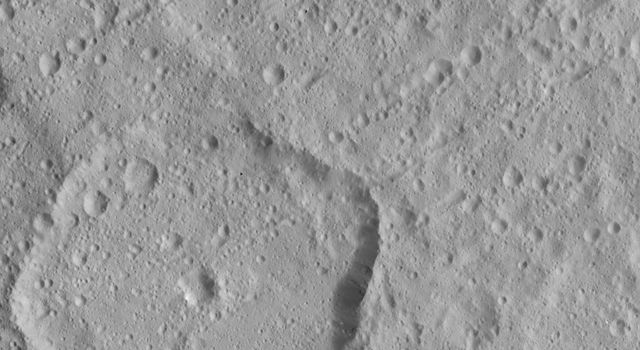 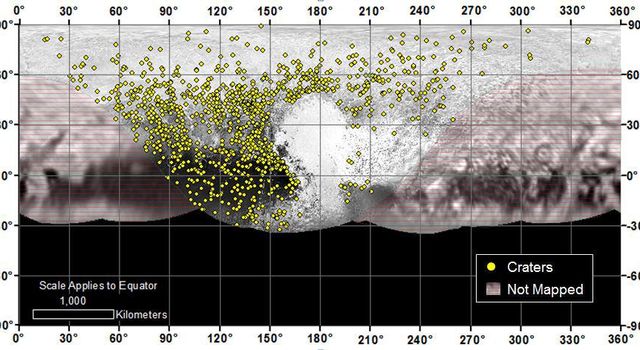 Craters of All Ages and Sizes

The informally named feature Wright Mons, located south of Sputnik Planum on Pluto, is an unusual feature that's about 100 miles (160 kilometers) wide and 13,000 feet (4 kilometers) high. It displays a summit depression (visible in the center of the image) that's approximately 35 miles (56 kilometers) across, with a distinctive hummocky texture on its sides. The rim of the summit depression also shows concentric fracturing. New Horizons scientists believe that this mountain and another, Piccard Mons, could have been formed by the 'cryovolcanic' eruption of ices from beneath Pluto's surface.