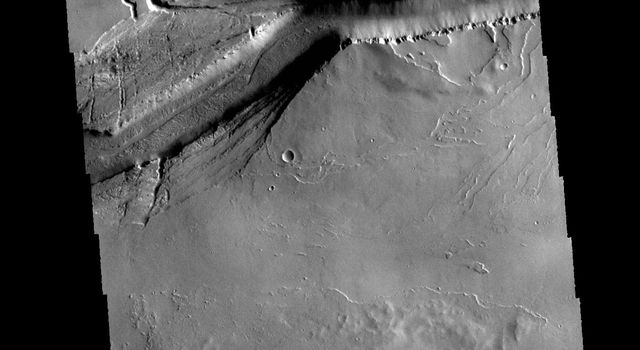 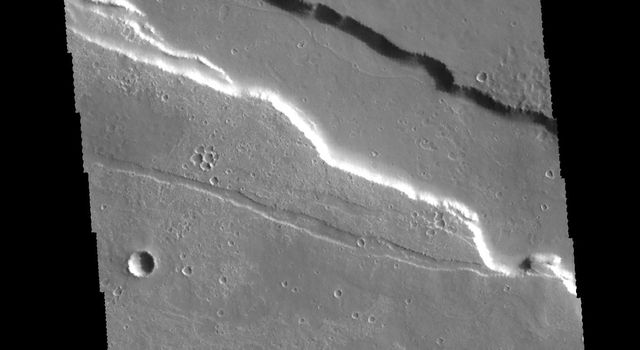 This image from NASA's Dawn mission shows the 52-mile-wide (84 kilometer-wide) crater on Ceres named Gaue. This medium-sized basin has a relatively fresh rim with terraced walls and a smooth floor. In the center of the crater are remnants of an ancient central peak, which has collapsed to a central pit. Impact ejecta from Gaue has coated the surrounding terrain, muting the appearance of older features.

The image is centered at 42 degrees north latitude, 85 degrees east longitude, and was taken from a spacecraft altitude of 926 miles (1,490 kilometers) during Dawn's High Altitude Mapping Orbit (HAMO) phase on Oct. 6, 2015. Image resolution is 394 feet (120 meters) per pixel.