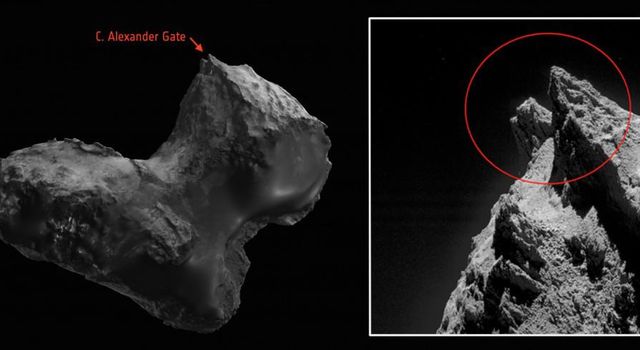 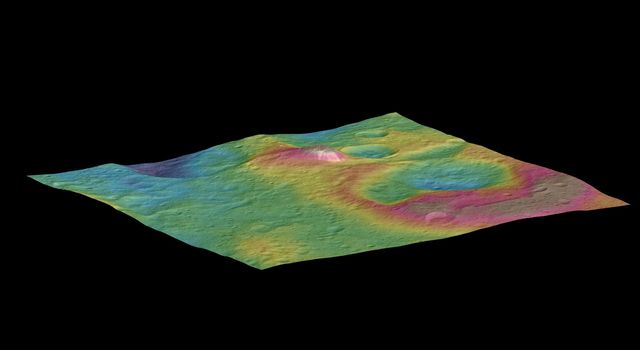 This map-projected view of Ceres was created from images taken by NASA's Dawn spacecraft during its high-altitude mapping orbit, in August and September, 2015.

Scientists use this technique in order to highlight subtle color differences across Ceres, which would appear fairly uniform in natural color. This can provide valuable insights into the mineral composition of the surface, as well as the relative ages of surface features.