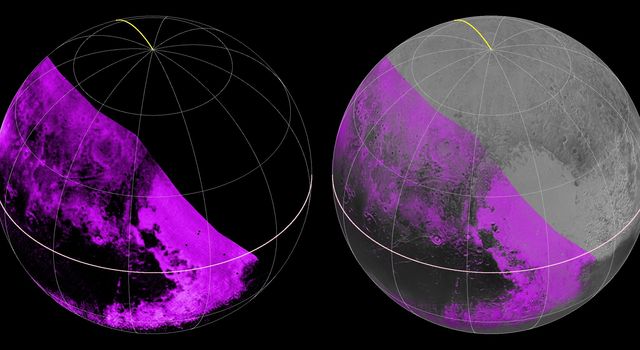 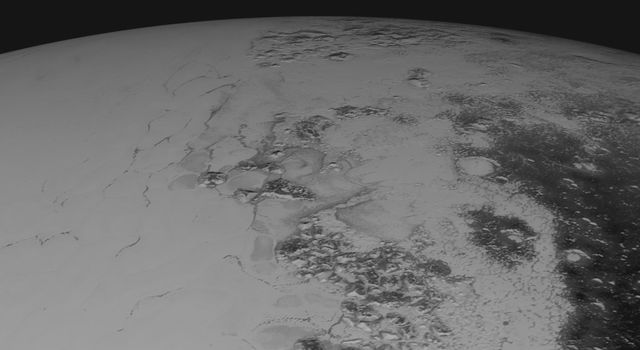 NASA's New Horizons spacecraft captured this high-resolution enhanced color view of Pluto on July 14, 2015. The image combines blue, red and infrared images taken by the Ralph/Multispectral Visual Imaging Camera (MVIC). Pluto's surface sports a remarkable range of subtle colors, enhanced in this view to a rainbow of pale blues, yellows, oranges, and deep reds. Many landforms have their own distinct colors, telling a complex geological and climatological story that scientists have only just begun to decode. The image resolves details and colors on scales as small as 0.8 miles (1.3 kilometers).