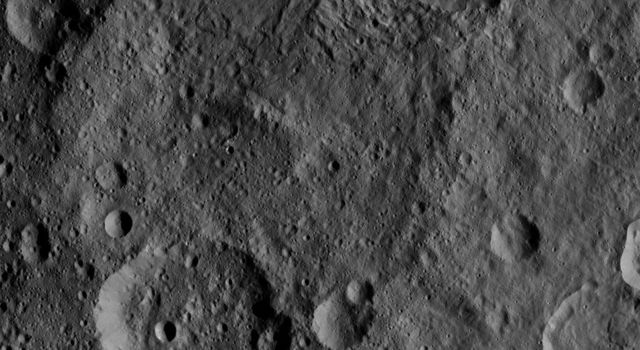 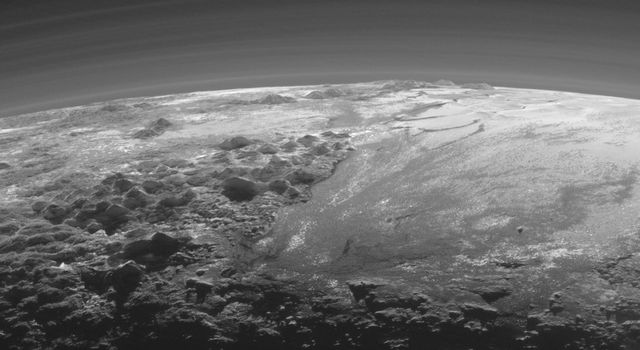 Just 15 minutes after its closest approach to Pluto on July 14, 2015, NASA's New Horizons spacecraft looked back toward the sun and captured this near-sunset view of the rugged, icy mountains and flat ice plains extending to Pluto's horizon. The smooth expanse of the informally named icy plain Sputnik Planum (right) is flanked to the west (left) by rugged mountains up to 11,000 feet (3,500 meters) high, including the informally named Norgay Montes in the foreground and Hillary Montes on the skyline. To the right, east of Sputnik, rougher terrain is cut by apparent glaciers. The backlighting highlights more than a dozen layers of haze in Pluto's tenuous but distended atmosphere. The image was taken from a distance of 11,000 miles (18,000 kilometers) to Pluto; the scene is 780 miles (1,250 kilometers) wide.