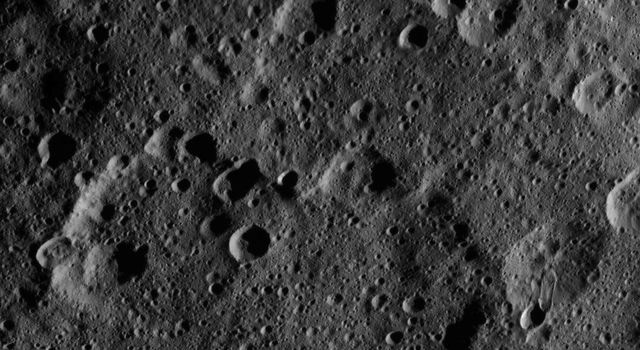 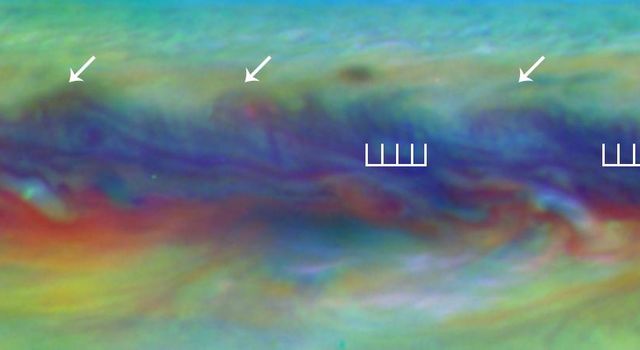 This self-portrait of NASA's Curiosity Mars rover shows the vehicle at the "Big Sky" site, where its drill collected the mission's fifth taste of Mount Sharp.

The scene combines dozens of images taken during the 1,126th Martian day, or sol, of Curiosity's work during Mars (Oct. 6, 2015, PDT), by the Mars Hand Lens Imager (MAHLI) camera at the end of the rover's robotic arm. The rock drilled at this site is sandstone in the Stimson geological unit inside Gale Crater. The location is on cross-bedded sandstone in which the cross bedding is more evident in views from when the rover was approaching the area, such as PIA19818.

The view is centered toward the west-northwest. It does not include the rover's robotic arm, though the shadow of the arm is visible on the ground. Wrist motions and turret rotations on the arm allowed MAHLI to acquire the mosaic's component images. The arm was positioned out of the shot in the images, or portions of images, that were used in this mosaic. This process was used previously in acquiring and assembling Curiosity self-portraits taken at sample-collection sites "Rocknest" (PIA16468), "John Klein" (PIA16937) and "Windjana" (PIA18390).

This portrait of the rover was designed to show the Chemistry and Camera (ChemCam) instrument atop the rover appearing level. This causes the horizon to appear to tilt toward the left, but in reality it is fairly flat.