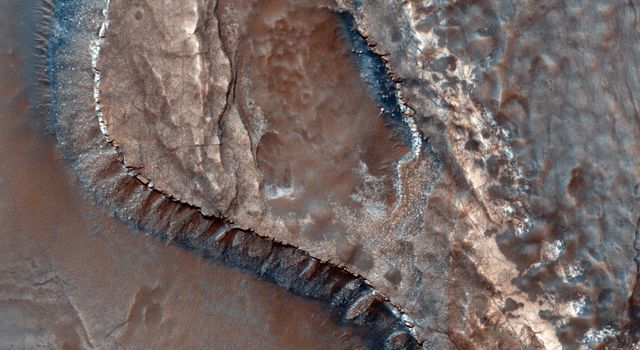 A Channel System and Patterned Ground near Hellas Basin 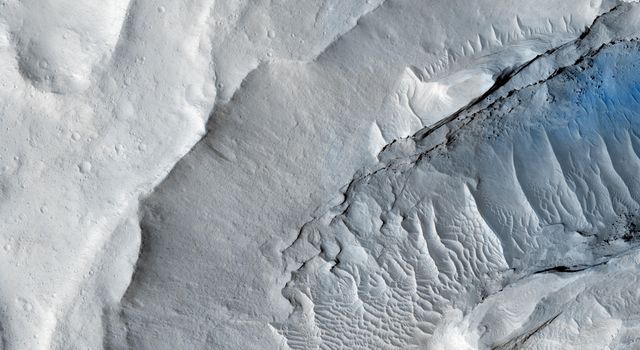 Searching for Clinoforms in a Possible Delta

In this image, we see an approximately 500-meter crater that is fairly fresh (in geological terms), but the ejecta is already high-standing. Could this be an indication of early stage of pedestal development?

HiRISE has imaged many other pedestal craters before, and the ejecta isn't always symmetrical, as in this observation.

This caption is based on the original science rationale.