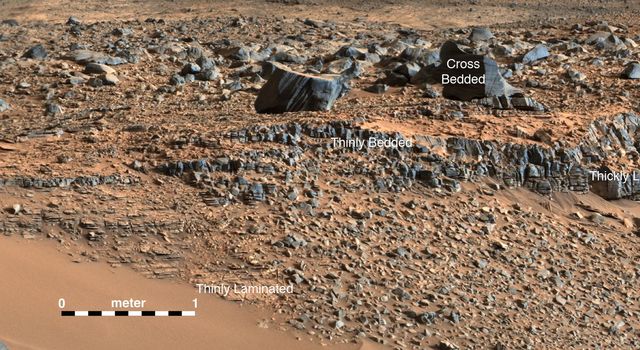 Secrets of 'Hidden Valley' on Mars 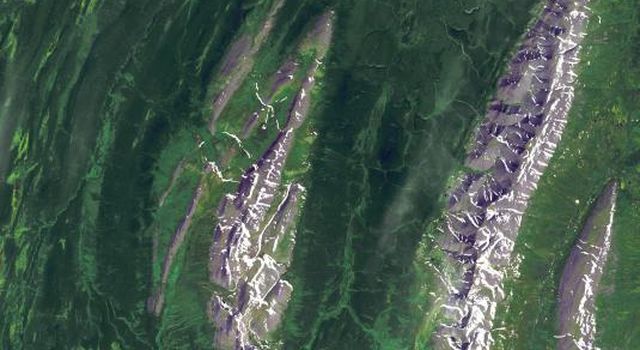 A view from the "Kimberley" formation on Mars taken by NASA's Curiosity rover. The strata in the foreground dip towards the base of Mount Sharp, indicating flow of water toward a basin that existed before the larger bulk of the mountain formed.

This image was taken by the Mast Camera (Mastcam) on Curiosity on the 580th Martian day, or sol, of the mission.