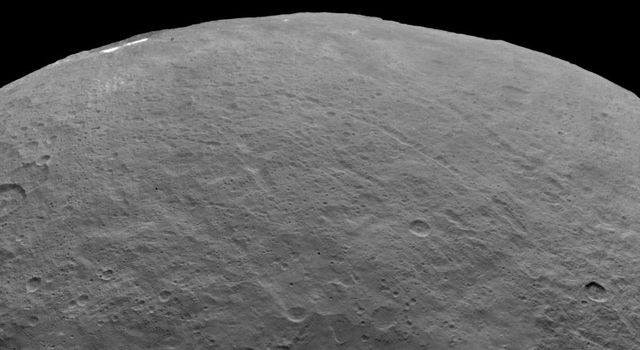 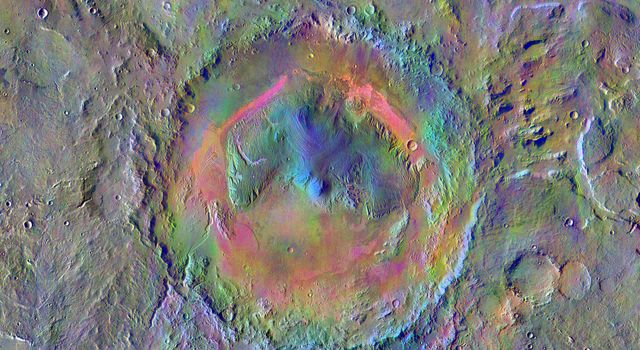 Seen shortly after local Martian sunrise, clouds gather in the summit pit, or caldera, of Pavonis Mons, a giant volcano on Mars, in this image from the Thermal Emission Imaging System (THEMIS) on NASA's Mars Odyssey orbiter.

The clouds are mostly made of ice crystals. They appear blue in the image because the cloud particles scatter blue light more strongly than other colors.

Pavonis Mons stands about nine miles (14 kilometers) high, and the caldera spans about 29 miles (47 kilometers) wide. This image was made by THEMIS through three of its visual-light filters plus a near-infrared filter, and it is approximately true in color.

THEMIS and other instruments on Mars Odyssey have been studying Mars from orbit since 2001.